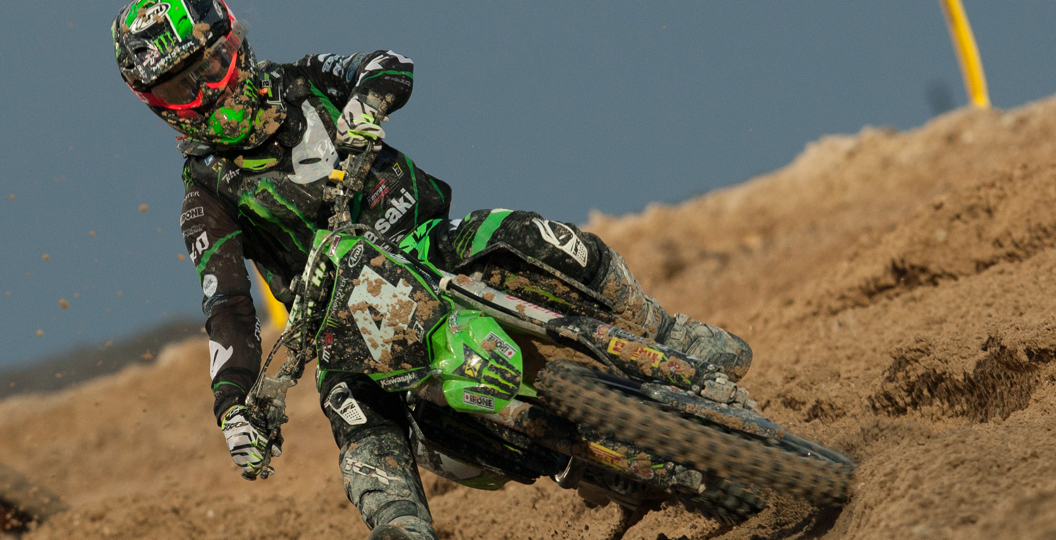 After finishing runner-up in the opening GP of the season in Qatar and posting the fastest lap during the timed practice session in Thailand the young Frenchman had an unfortunate crash during the qualifying race. He crashed onto his right shoulder in the waves section and was unable to contest the points-scoring races the next day; he flew back to France and, following a number of medical examinations, underwent surgery in Lyon last week. During his recuperation Dylan is working in close cooperation with his doctor as he maintains his physical condition training to ensure he will be ready to race his KX250F-SR Kawasaki competitively as soon as his doctor gives him the green light for a comeback.

Dylan Ferrandis: “It’s always difficult to accept an injury, especially so early in the season after such a great start to the series. I was feeling good physically after training hard this winter; maybe I felt better than at any time in my career. The bike was already very competitive, and the team was also working hard to make even more advances. Now I can only work again hard to prepare my comeback; I can’t wait to get back on the bike, but I want to be fully prepared before my return to racing. For sure the crash was my fault, but sometimes I don’t understand the way people build and prepare the tracks.”

Steve Guttridge (Kawasaki Motors Europe Racing Manager): “Such injuries can unfortunately be part of this tough sport! It’s a cruel blow both for the team, who have worked so hard to provide a competitive race bike this winter, and of course for Dylan, who had already shown his speed and potential to win on the KX250F-SR in Qatar. For sure he was going to mount a strong challenge for the title this season. We believe the operation went very well; Dylan is already recovering and starting his physical training again in order to come back even stronger than before so we all wish him the best for a speedy return.“

Jean Jacques Luisetti (Team Owner): “Of course we are very disappointed with this injury, as we saw that Dylan was one of the fastest riders in the championship during the first GP. It’s just a question of time now, but he will recover very soon. We’ll focus during the coming GPs on Petar Petrov and Hunter Lawrence who have both show great potential since the beginning of the season, and we’ll prepare for Dylan’s comeback. Dylan will meet the fans this weekend at the Marseilles Motorcycles Exhibition that we organise in partnership with Monster Energy.”