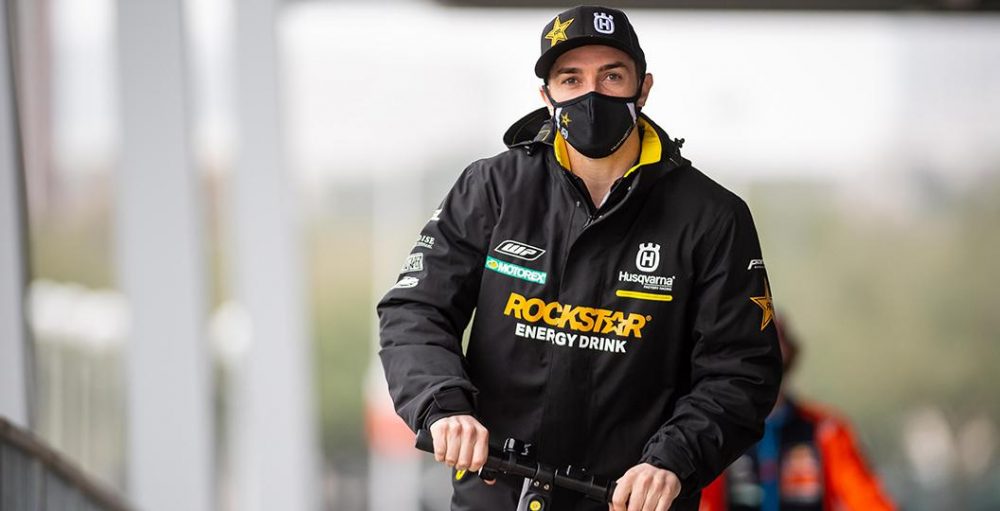 Dean Wilson has been struggling with his broken toe for two weeks now and, unfortunately, it does not seem to be improving. Wilson’s now revealed that doctors think it’ll be six to eight weeks before he is at 100%, but he is still eager to attempt to race at round seven of 2021 Monster Energy Supercross. The plan is for the Rockstar Energy Husqvarna Factory Racing rider to attempt to race, as he reveals in the statement below.

“What’s up guys. Was planning on giving press day a go today but it got cancelled so gonna give tomorrow a go. Been doing all the therapy I can. My knee also got pretty banged up so wasn’t just my toe but I’m doing a bit better. I know a broken “toe” doesn’t sound like much but the fact it’s my shifter side is a pain in the ass. But looking forward to being back on the track tomorrow. Hopefully will be good enough to race.”

Wilson sits sixteenth in the premier-class standings now, despite missing half of the rounds that have been run so far. An eleventh is his season-best finish at the time of writing.

Dean Wilson was missing in action at the fifth round of 2021 Monster Energy Supercross, Indianapolis 2, last night, despite not formally announcing that he would miss the event. Wilson has now taken to social media to confirm that his broken toe and sprained ankle will also rule him out of Indianapolis 3, but he hopes to return to racing at Orlando 1. Shane McElrath and Max Anstie also have that round pegged as a potential return date.

“Man it sucks missing races, but hoping to be back at Orlando 1. Worked so hard this off-season it’s always hard to accept. But we will be back we are in a dangerous sport these things happen. See ya soon.”

Despite attempting to ride in the first two practice sessions at round four of 2021 Monster Energy Supercross, Indianapolis 1, Dean Wilson has withdrawn from the event due to the foot injury that he sustained on Wednesday. Wilson revealed on Friday that he had broken his big toe, sprained his ankle and had bone bruising on his knee; it was not his intention race at Indianapolis 1. The health issues started to improve though and he decided to give it a go.

Now, after putting in some laps in practice, Wilson has officially withdrawn from the event. There is no word on his status for round five, Indianapolis 2, on Tuesday.

“I tried but no bueno. Gutted but I at least gave it a go. I will continue therapy on my knee/ankle/foot and come back when I feel ready. Thank you.”