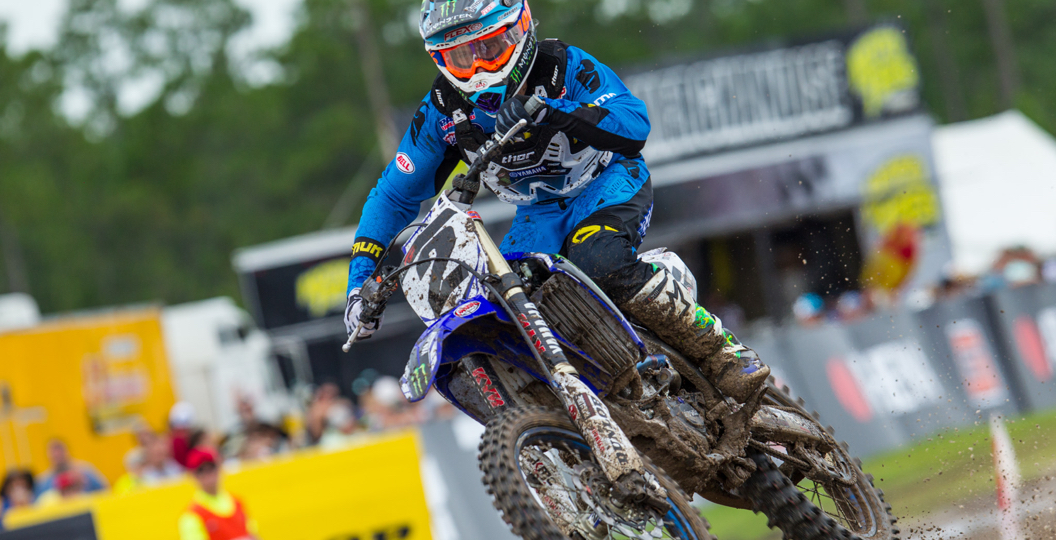 Fans around the world were eager to see Cooper Webb in action at the Monster Energy MXGP of USA, as he was set to make his debut aboard the 2018 YZ450F. A crash just a couple of laps into free practice cost him dearly, however, as he was forced to enter the medical unit for x-rays.

A source at Yamaha initially explained that he was dealing with a broken scaphoid, but it has now become apparent that the issue is a broken thumb. Reports emerged from the team on Saturday evening that he was going to attempt to race today, Sunday, but he has now decided against that. Eli Tomac and Justin Barcia are now the only riders in the MXGP division with a shot at a spot on the podium.