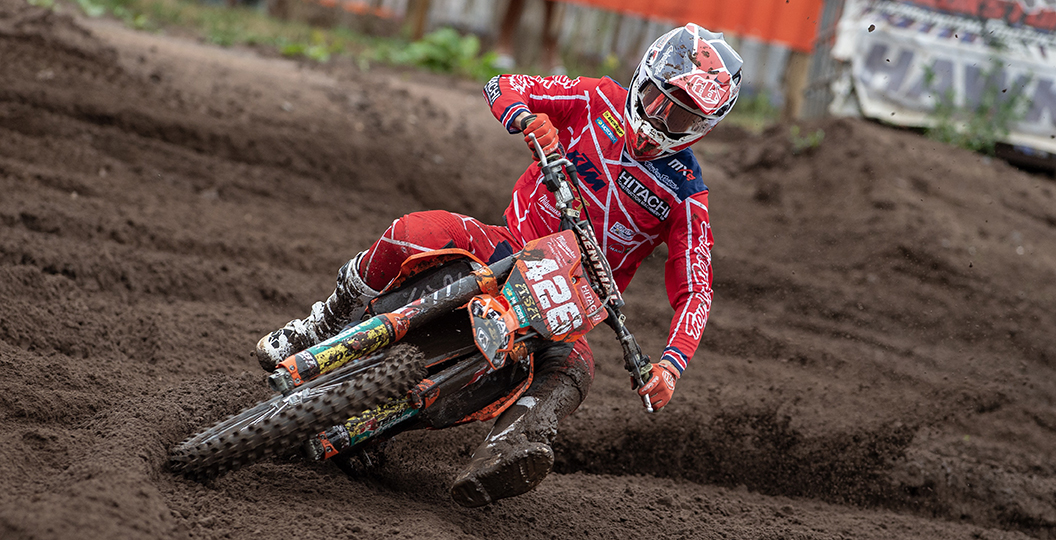 Conrad Mewse was simply phenomenal in the first moto at Hawkstone Park, round six of the Maxxis British Championship, as he lapped up to thirteenth on the lengthy circuit and had a forty-one-second lead at the chequered flag. It seemed as though the second encounter was going to follow a similar pattern, but a crash in turn two left him with a significant amount of work to do. Mewse then withdrew, following another crash, and exited the track whilst holding his hand.

Mewse was not available for an update following the moto, unsurprisingly, but Hitachi ASA KTM UK team manager Lee Tolan did provide some news. “He seems to have taken an injury to his hand and, as far as I know, at the moment he has gone to the hospital to have it checked out. It must be quite serious as he dashed straight off,” he told us exclusively.

There is no concrete news on Mewse or his status for the upcoming Grand Prix of Switzerland currently. Stay tuned to this page for an additional update. Despite the fact that he failed to finish the second moto and lost twenty-five points to Mel Pocock, he still leads the Maxxis British Championship by fourteen points. Two rounds remain.