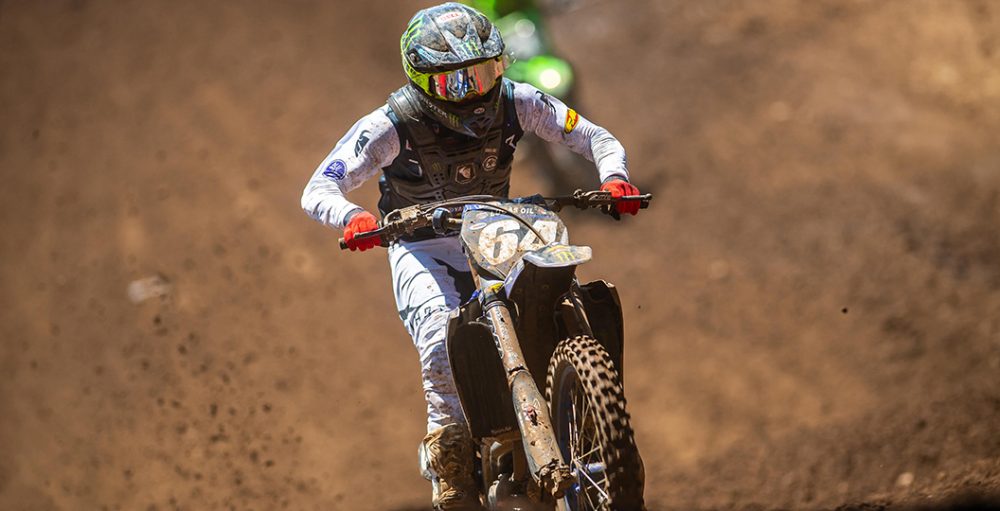 Colt Nichols, of Monster Energy Star Racing Yamaha, crashed out of the second moto at the seventh round of 2021 Lucas Oil Pro Motocross. The hope was that the two-week break in the schedule would allow the shoulder that he knocked sufficient time to heal. It did to an extent – he was able to return to his YZ250F earlier this week. The shoulder is not quite strong enough, however, and he will not race at Unadilla this coming weekend.

“Hey guys, I was able to get back on the bike this week and give the shoulder a test. Unfortunately, it just isn’t strong enough and we are going to have to sit Unadilla out this weekend. Not the news I was hoping to give, but going to keep working with the plan of returning at Budds Creek.”

Nichols is still sat in seventh in the 250MX championship standings, despite failing to secure points in two of the fourteen motos that have been run so far. 18 points is the difference between him and the rider in eighth, Michael Mosiman, who will also miss Unadilla after a practice crash this week. Nichols hopes to return at the ninth round, Budds Creek, next weekend.