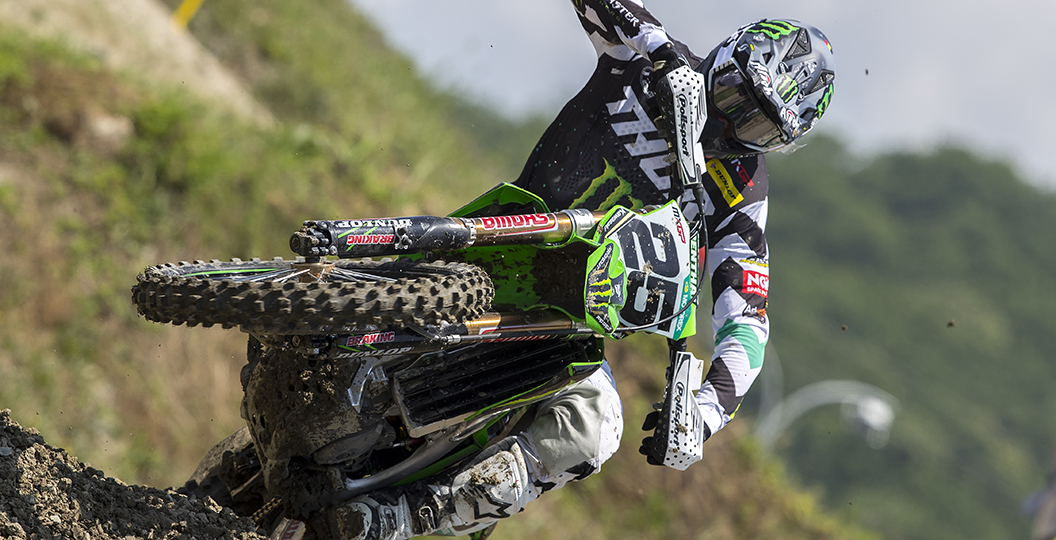 Clement Desalle was having another positive Grand Prix in Russia until a crash towards the end of moto one left him unable to finish. Desalle got wayward at the end of pit lane and went flying into a bank, then did not return to the track for the second encounter. Kawasaki later confirmed that he sustained a leg injury. The statement that was released is below.

“Holding a secure second place for the first seven minutes of the first moto he tipped over momentarily when the rear wheel stepped out in a tight slippery turn but was quickly making advances again from eighth and was just about to pounce for fourth three laps from the finish when the rear wheel hit a small mound approaching a jump and he was a ‘passenger’ as he was thrown over the bars, sustaining a suspected fracture of both tibia and fibula. He will fly back to Belgium for surgery.”

Clement Desalle currently sits sixth in the premier-class championship standings, despite the fact that he did not score points at round eight. There is currently no timeline on his recovery.