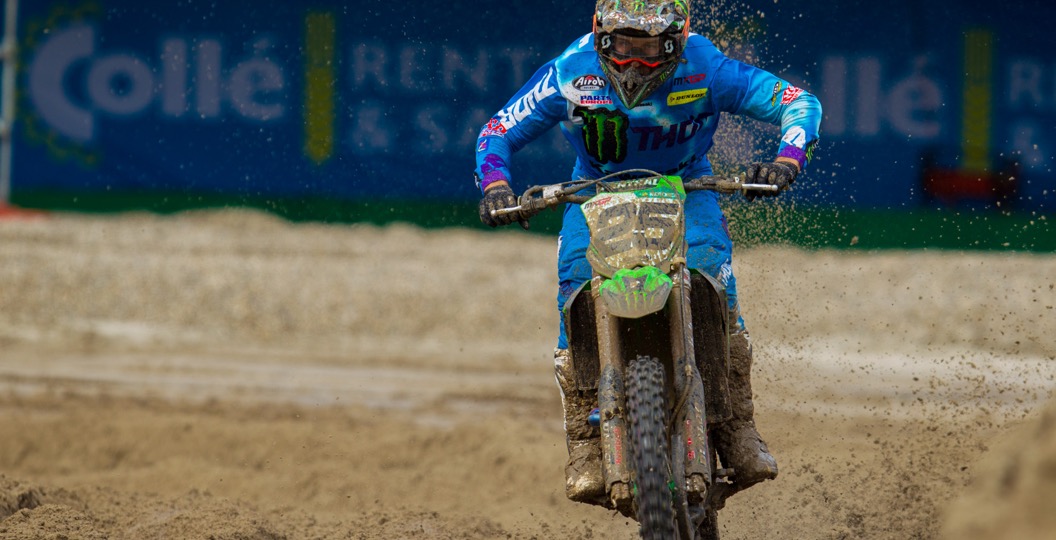 Five days have passed since the MXGP of The Netherlands, the penultimate round of the FIM Motocross World Championship, but an update on the extent of Clement Desalle’s injury has only just dropped. A press release from the Monster Energy KRT team confirmed that he sustained a broken C6 vertebra without displacement.

The good news is it seems that rest is in order to fix the issue and nothing more. Back injuries often strike fear into the hearts of most, and understandably so, but Desalle will be back soon and have plenty of time to prepare for the new campaign. “I’m disappointed as I can’t finish the championship and fight for the top three in the series, but I’m also glad as my doctor confirmed to me that I will have no further trouble with my vertebrae in the future,” Desalle stated in that same release.

“We had a good season with the team as I won two GPs and got some other podiums but the goal was of course to do the entire series; there’s a great atmosphere in the team, we know each other really well and we have reached a high level as we are the leading Japanese brand in the championship,” he continued. “Concerning my injury I feel pretty lucky as it was a big crash; the sand was wet and heavy due to the rain and just before one of the biggest jumps I came in a softer part of the track and lost my balance. I went over the bars and hit the ground pretty hard; I had feeling in all my limbs and could move them, but I had a lot of pain in my back.“

The injury also means that Clement Desalle will miss the Motocross of Nations, of course, but Team Belgium have already drafted Kevin Strijbos in as a replacement.