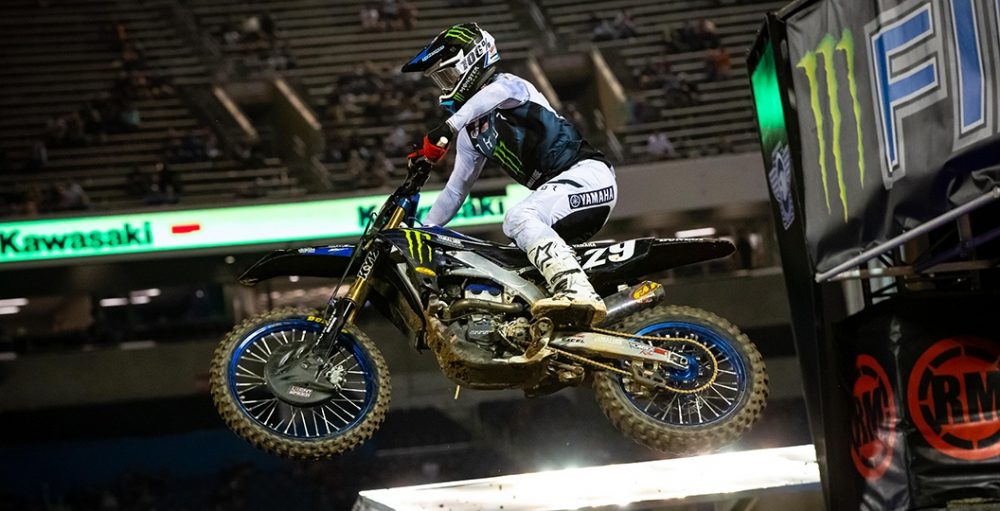 Christian Craig made an uncharacteristic mistake in the second 250SX heat race on Saturday night, which led to a hand injury that restricted him in the main event. Fortunately, despite the adversity, he still secured third and only lost two measly points to Colt Nichols. Weirdly, there is still no official word on what damage was sustained to his hand. Craig did recap everything that he went through in the following statement from Yamaha though.

“The weekend started off great. I qualified first. I loved this track, everything about it. The dirt was hard-packed, just like the test track, so I was feeling so good. I got off to a good start in the heat race, and then on the second lap, some sort of little case turned into a big fall. I’m sure everyone has seen it on TV. I banged up my hand pretty good. I wasn’t sure I was even going to race, but we had it taped up by Dr. G and had to grit it out. I knew I had to do what I could to get through tonight.

“We have 10 weeks after this, so I can heal up then. I was able to get out to a good start from way on the outside in the main. I got into third quick and stayed with Colt for a lot of the race. Then I had some sketchy moments, so I backed it off and finished third. I only lost two points to Colt. If you would have told me I’d get third after the heat race, I would have been jumping up and down. It was a win in my books after that crash. We’ve got a long break, so we are going to heal up and get ready for Salt Lake.”

The 250SX East riders will not race again until the penultimate round in Salt Lake City at the end of May, then following that they will take part in the 250SX East/West Showdown at the finale. Craig is eight points down on his teammate with those two rounds still to run. Crucially, the field will be a lot deeper and there will be a lot more opportunities for big swings in the points.