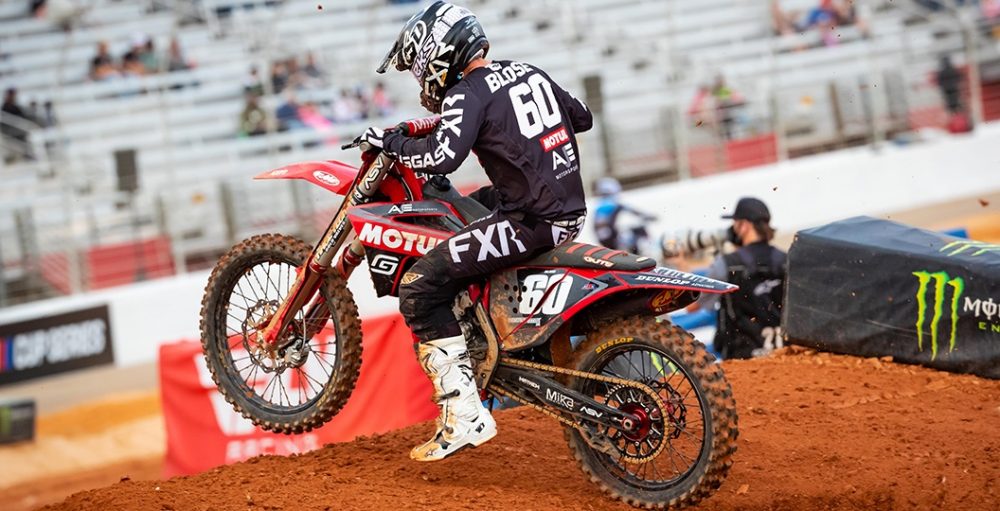 Chris Blose has now shared an update on his condition, following his crash at Atlanta 3. Fortunately, as hinted at below, Blose did only sustain minor injuries.

“Update: First of all, I just want to say thank you everybody for reaching out to check on my well being. Good news is I am back home after a big crash that wasn’t even my fault. After taking a helicopter to the hospital and getting scans to my head, neck and chest everything turned out to be ok with those. I got lucky enough to only get a broken thumb and fractured a couple ribs. I can’t thank everyone enough for the love and support through this time. I’ll keep everyone in the loop as I find out if surgery is needed. Thanks again.“

Onlookers were alarmed at the fifteenth round of 2021 Monster Energy Supercross, as Chris Blose was collected in the crash at the start of the 250SX West main event and eventually flown out of the facility by air ambulance. Now, 24 hours on from the race, positive news is filtering through from a variety of sources. A huge relief to fans around the world. AJE Motorsports posted the following short update that did not contain specifics.

“We as a team and I know Chris personally wants to say thank you for everyone checking up on him. We got lucky this time and Chris will escape with minor injuries…“

Elsewhere on social media, Blose’s wife shared the following update on social media early this morning. “Chris is awake, can feel everything, and possibly a broken thumb or two. Waiting on scans etc. for full extent of body and head injuries.” Blose has not yet shared any information himself, although he has been active on social media.

Blose currently sits eleventh in the 250SX West championship standings and has been a rock for the AJE team thus far, as he has finished inside of the top ten at four of the rounds that have been run thus far (effectively every regular supercross that has been run inside a stadium). It is likely that he will retain eleventh in the points, even if he misses the final round.