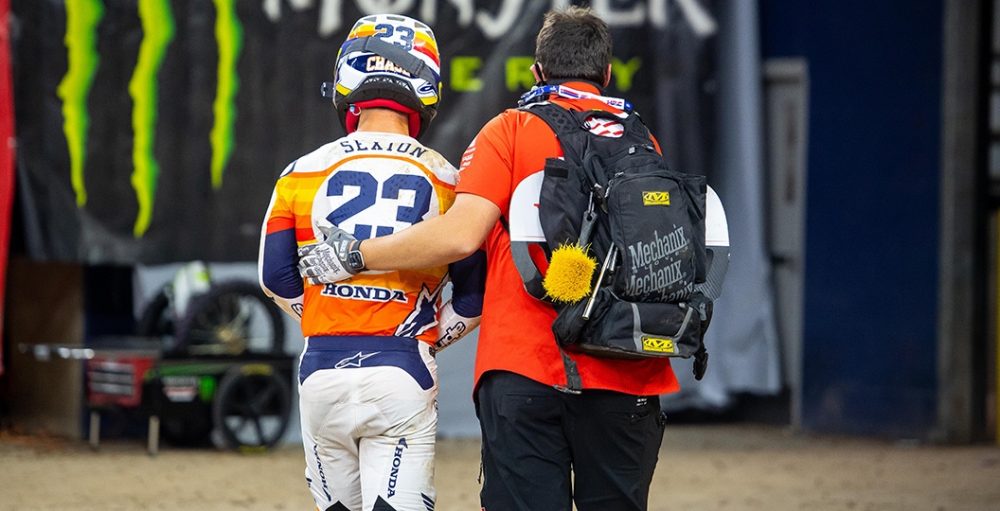 When it was announced that Chase Sexton was going to miss rounds four and five of 2021 Monster Energy Supercross in Indianapolis, it was suggested that he would attempt to return for the final event of the three-race run in Indiana. Now, just over 24 hours away from the next round, Honda HRC has confirmed that Sexton will not race the sixth round of seventeen. Orlando 1 is the new goal.

“Team Honda HRC’s @ChaseSexton continues to rehabilitate the shoulder he injured in the Houston 2 crash and will not be at the final round in Indianapolis, but he is feeling better and the new target return is Orlando 1.”

The x-ray and MRI scans that were done following his crash at round two in Houston, Texas, confirmed that there were no fractures or tears, but Sexton has been dealing with a contusion and strain of the right rotator cuff and scapula. If he returns in Orlando, it will be two weeks and a half on from his vicious crash.