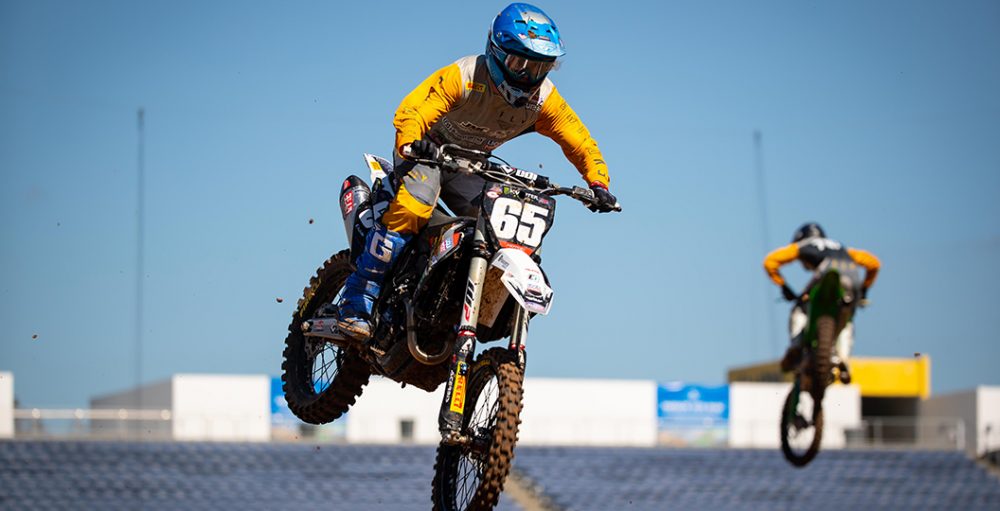 There were a lot of injuries at round eight of 2021 Monster Energy Supercross, Orlando 2, but Carson Brown may have come off worse than anyone else. A dislocated elbow will undoubtedly sideline him for a lengthy period, which is heartbreaking after such a positive off-season. Brown confirmed his diagnosis in the following statement.

“Hey everyone, was feeling great out there at Orlando @SupercrossLive yesterday. In my heat race I ended up dislocating my elbow. I’ll keep everyone updated on when I’ll be back out there. Huge thanks to everyone who reached out, really appreciate all your support. The @JMC_MS_racing team built an amazing bike and I can’t wait to get back on.”

Brown actually got off to a strong start at Orlando 2, as he set the eleventh-fastest time in timed qualifying despite the stacked 250SX West field. #65 then did not even make it a lap in 250SX heat two before crashing in the whoop section that cost so many riders.