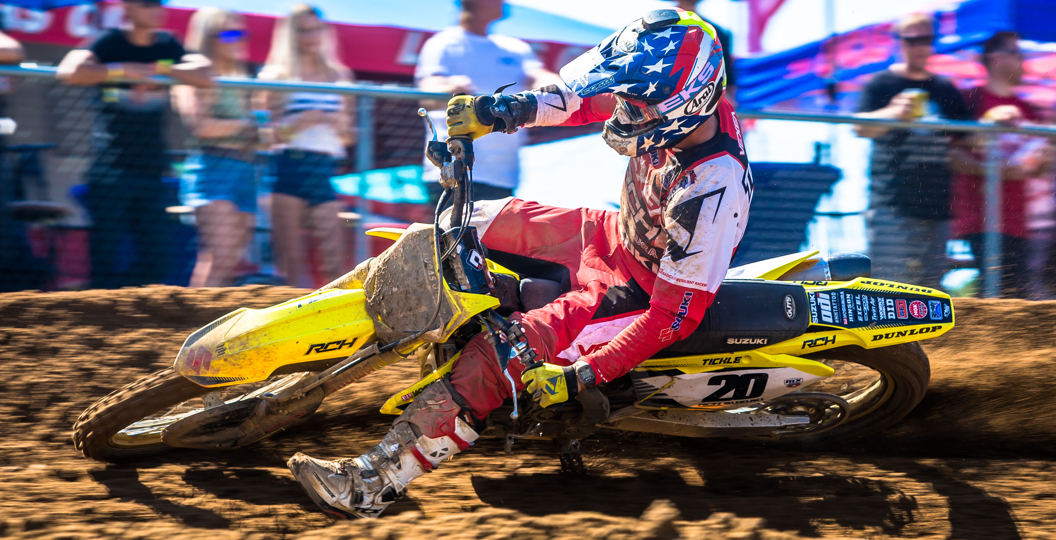 CHINO, CA (July 7, 2017) – RCH/Yoshimura/Suzuki Factory Racing will head into Round 7 of the Lucas Oil Pro Motocross Championship a man down and will only enter one rider for tomorrow’s Red Bull Southwick National.

Broc Tickle, rider of the No. 20 Suzuki RM-Z450, will be sidelined for the rest of the season after suffering a shoulder injury last weekend at RedBud MX. Tickle underwent an MRI this week that revealed the damage to be more extensive than what was originally expected. He was diagnosed with a Posterior Labral Tear, a Hills Sachs Lesion, a type 1-2 Superior Labrum Anterior to Posterior Tear and a Posterior Shoulder Dislocation. Fortunately, the 450 Class veteran will not require surgery but recovery time is expected to be six-eight weeks. He finished 17th overall last weekend and fell to seventh in points.

As a result, Justin Bogle will race the lone factory-backed Suzuki for the team co-owned by Carey Hart and Ricky Carmichael.

“It’s a tough situation and ended up being more damage to Broc’s shoulder than what anyone originally thought,” explained RCH team manager Kyle Bentley. “It really speaks volumes about how tough Broc is, the way he gutted it out last weekend. It’s a shame because he was having a really solid season but we all know that injuries are part of the sport and everyone deals with it from time to time.”