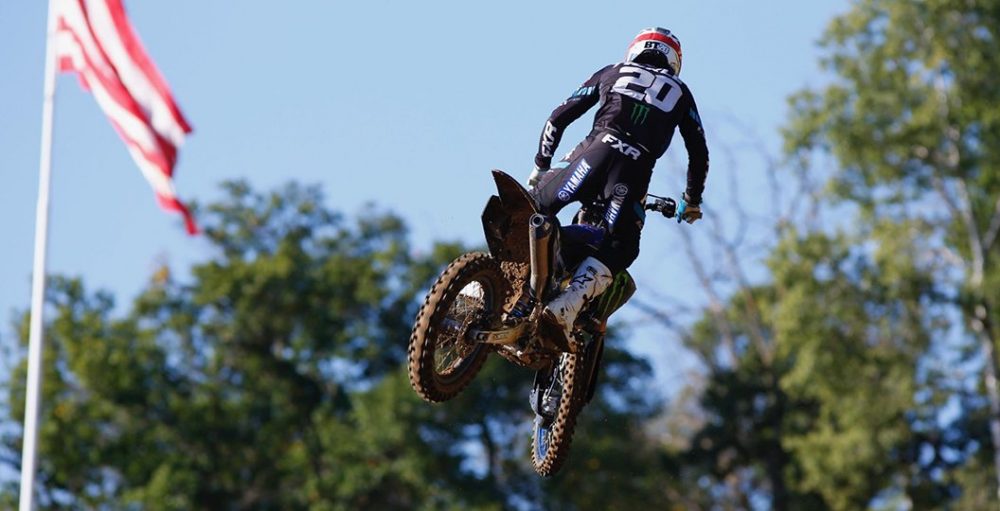 Broc Tickle caused jaws to hit the ground at the sixth round of 2020 Lucas Oil Pro Motocross in Minnesota, as a spectacular crash over a new jump left him in need of medical attention. It was the spectacular crash and one he was lucky to walk away from – now it has been confirmed that he sustained absolutely no injuries at all. Tickle is battered and bruised, but plans to take part in round seven at WW Motocross Park this weekend. The following statement was released by Tickle via Yamaha.

“It was a tough day for me from the start. I struggled to get a flow on the track and it was difficult for me to feel comfortable. Millville is normally prepped differently. It was super hard and slick. We had a decent practice – I was eleventh overall for qualifying. I knew it was going to be important to get good starts and stay away from people. I didn’t do that. I put myself in bad positions in both motos. I ended up twelfth in the first moto and in the second moto, I was coming through the pack and had a moment over a jump and had a big crash. I’m super sore today and feeling banged up. I’m just going to take it day by day and see the progress heading into Jacksonville towards the end of the week to see where I’m at. I’m going to do what I need to do to try to get better and get back at the races.”

Tickle is currently competing for Monster Energy Yamaha Factory Racing as a fill-in rider for the injured Aaron Plessinger, and sits ninth in the 450MX standings. Seven points separate him from the guy in eighth. Tickle does not currently have a deal for 2021.