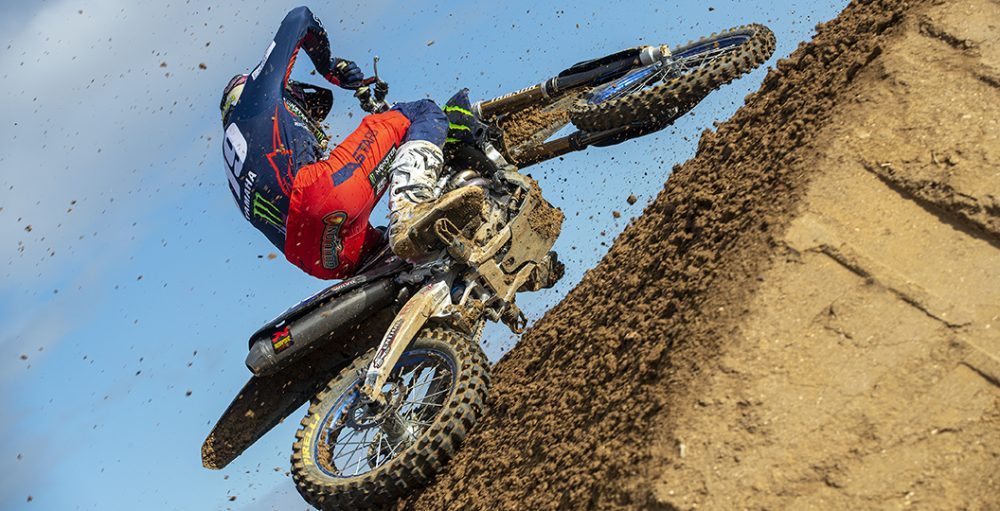 Monster Energy Yamaha Factory MXGP’s Ben Watson did not start moto two at the thirteenth round of the 2021 FIM Motocross World Championship, the Grand Prix of Spain, which would have alarmed his legion of fans. The reason for his absence was very simple: The ankle that he damaged last week was causing too much discomfort in the first moto, especially after dabbing it in a corner just a couple of laps in. Watson shared the following quote on his social media channels.

“Unfortunately, after twisting my ankle last week it was still not enough time to be ready today. I felt good in the morning but during race one I just put my foot down like usual in a turn and felt it come back again. Sorry to my team, to miss a race like this is never good but we didn’t want to make things worse and trying to race when you have a small injury is also not smart. I will do everything I can to get it stronger again and I hope to be able to race in Arco next week feeling back to myself. Thank you to all the @YamahaFactoryMXGP team for the support.”

Watson confirmed exclusively to MX Vice that no structural damage had been done to the ankle at the Grand Prix fo France – he mentioned that his checks came back clear. Getting healthier for the upcoming Grand Prix of Trentino is a real possibility, bearing that in mind, but the bad news is that there are just six short days to make significant gains. The Grand Prix of Trentino marks the start of the first triple header of the current campaign, a gruelling test for the riders.

Recording positive results is a priority for Watson currently, as he has been informed that he will not be on the Monster Energy Yamaha Factory MXGP squad in 2022. Watson has no deal in place for his sophomore season and decisions are being made at this crucial point in the season. Such promising results up until this point and flashes of raw potential, like running second in Sardinia, will not go unnoticed though. Despite securing just two points at the Grand Prix of Spain, he still sits in thirteenth in the premier-class standings.