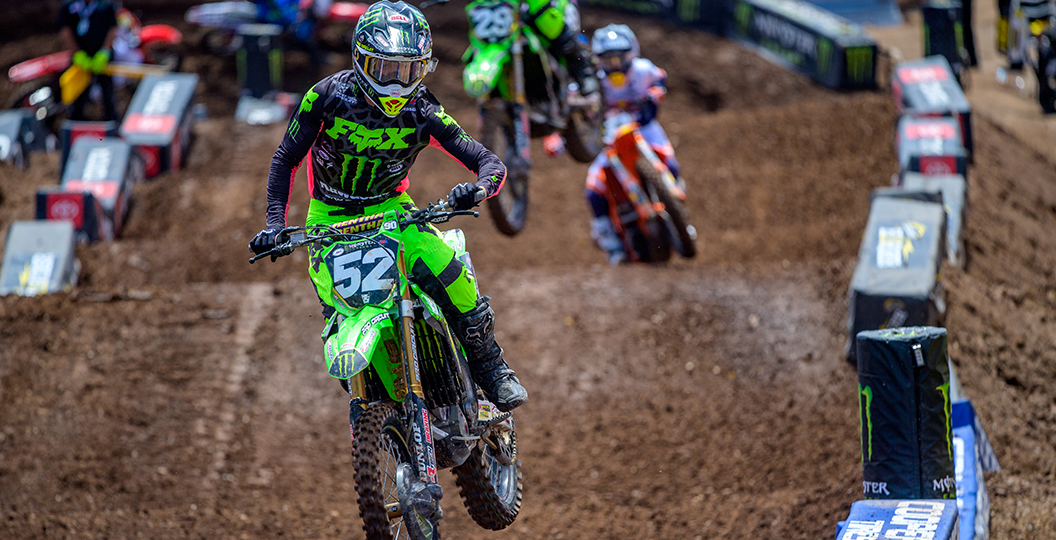 Fans were extremely concerned about Austin Forkner, following his crash at the last round of 2020 Monster Energy Supercross in Salt Lake City. An initial update from Kawasaki confirmed that he sustained “multiple abdominal injuries” in the fall but that was really quite vague. Now, Forkner has revealed the rather shocking truth about what he went through in Utah. The following text is from his social media.

“Hey guys, what’s up? Just figured I would give everybody an update. Nobody really knows what has been going with me. It is about two weeks out from my crash now. What happened when I went over the bars and got smashed into the berm was, I actually ended up breaking my pancreas in half. I broke like a third of my pancreas off, and basically damaged a bunch of internals; liver, kidney and basically all of my insides. I messed up my spleen really bad. They had to take part of my pancreas – that third of my pancreas – and my whole spleen completely out.

“A lot of internal damage, but I didn’t end up with anything broken. The pain from that was… I feel like I have a pretty good knowledge on pain, [seeing as] I have hurt myself a few times. This was by far the most painful thing that I have ever experienced. It was brutal. The six or seven days that I was in the hospital were horrible. I just want to thank everybody for their prayers and get-well wishes. It’s working – I feel a lot better now. I’m just getting to the point where the pain has settled down and my body has started to settle down. That is pretty much the update and what happened.”

Kawasaki initially confirmed that he would be out for six to eight weeks (shocking considering the traumatic injuries) and, now that 2020 Lucas Oil Pro Motocross has been postponed indefinitely, he may even make it back for the opening round. That would be quite something. This also means that Monster Energy Pro Circuit Kawasaki’s plans for a fill-in rider are up in the air.