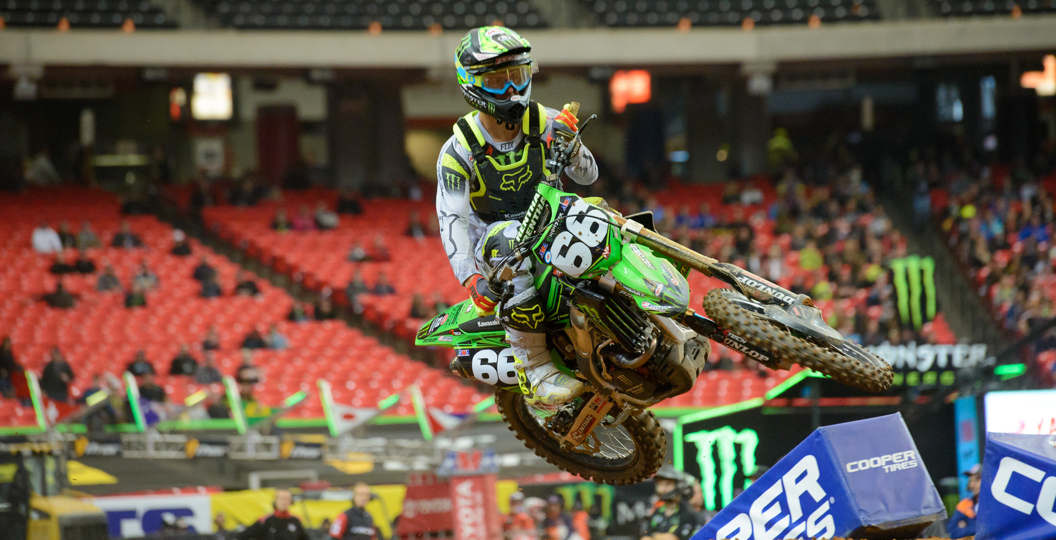 Arnaud Tonus’ turbulent time in the USA continues, unfortunately, as the Monster Energy Pro Circuit Kawasaki rider will miss the remainder of Monster Energy Supercross. Most would have seen him crash in the whoops at the most recent round, Detroit, but news following that has been quite sparse.

Tonus took to Instagram earlier this week, however, to reveal that he dislocated his shoulder and will do all he can to return in time for the Lucas Oil Pro Motocross opener. A successful outdoor campaign could determine which direction his career goes in the future, as one would argue he has not yet done enough to justify another contract in the USA.

After a strong start to Monster Energy Supercross one year ago, Tonus missed a majority of the season and returned for just one motocross round. He currently sits sixteenth in the 250SX East standings.