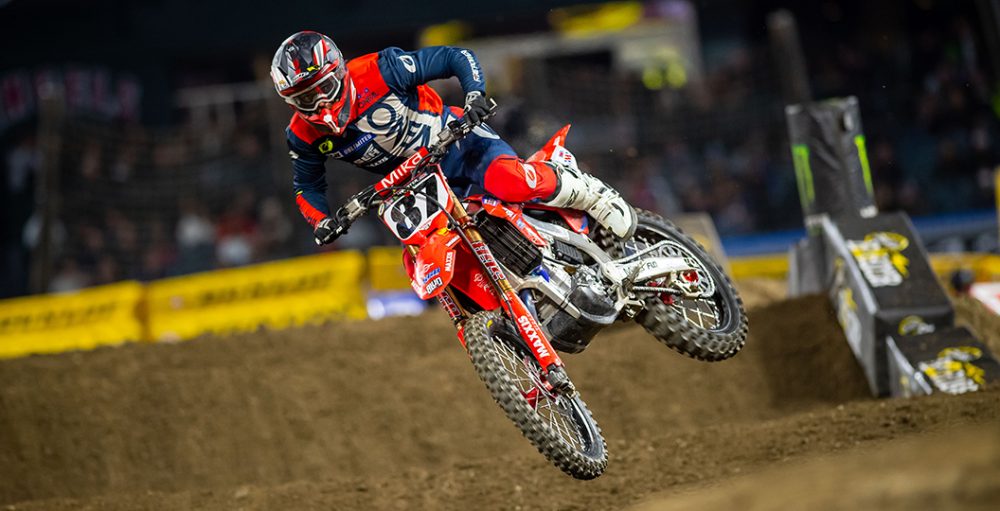 SGB Honda’s Alex Ray has had a fairly turbulent start to the 2022 Monster Energy Supercross, as a difficult off-season and nagging wrist injury has stopped him from establishing some momentum. There were those crashes at round two in Oakland too, which put him in even more of a hole. Now, after some very difficult weeks, Ray has opted to miss Glendale and focus on returning to full fitness. The news was confirmed via the following statement on social media.

“Hey guys, just to give you an update. I’m having some wrist issues at the moment and felt it was the best decision for myself and the team to sit out tomorrow. I appreciate @SBGHonda for being patient with me and allowing me to get back to 100%. Buy some merch.”

Cade Clason will be SGB Honda’s sole representative in Glendale – the three 250SX riders on the squad have been placed on the east coast. Clason made the main at Anaheim 1 in an impressive showing, but has missed it ever since. A big crash at Oakland, round two, halted his progress, although he is much closer to full fitness now. Clason was fifth in the last-chance qualifier at Anaheim 2, so missed the main event by one position. The Triple Crown format that will be in place this weekend will put more emphasis on timed qualifying.