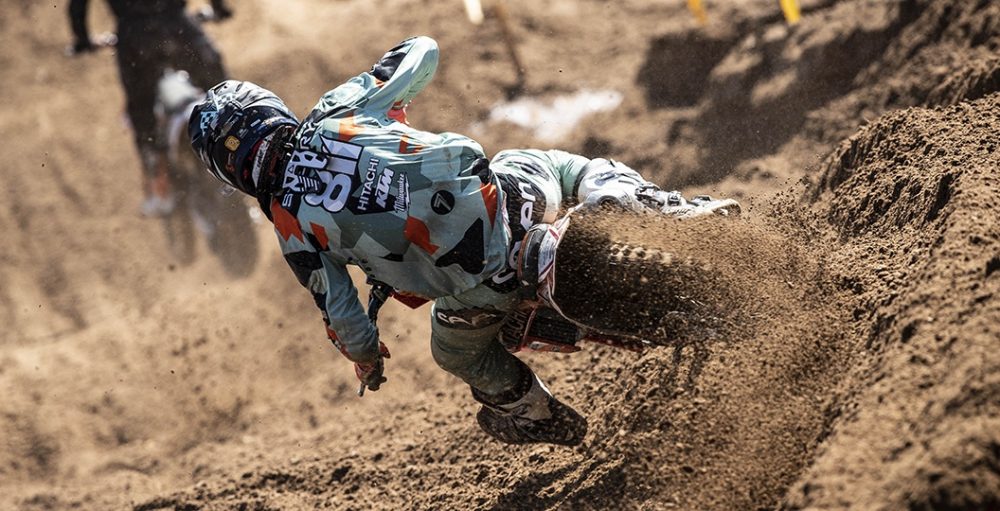 MX Vice has learnt that Adam Sterry, the newest addition to the Hitachi KTM fuelled by Milwaukee squad, will not race at any of the FIM Motocross World Championship rounds held in Faenza, Italy. Sterry had a practice crash earlier in the week and is dealing with some small health issues, which should be resolved in a week or so. It seems as though there is absolutely no doubt that he will be on the starting line at the Grand Prix of Lombardia later this month.