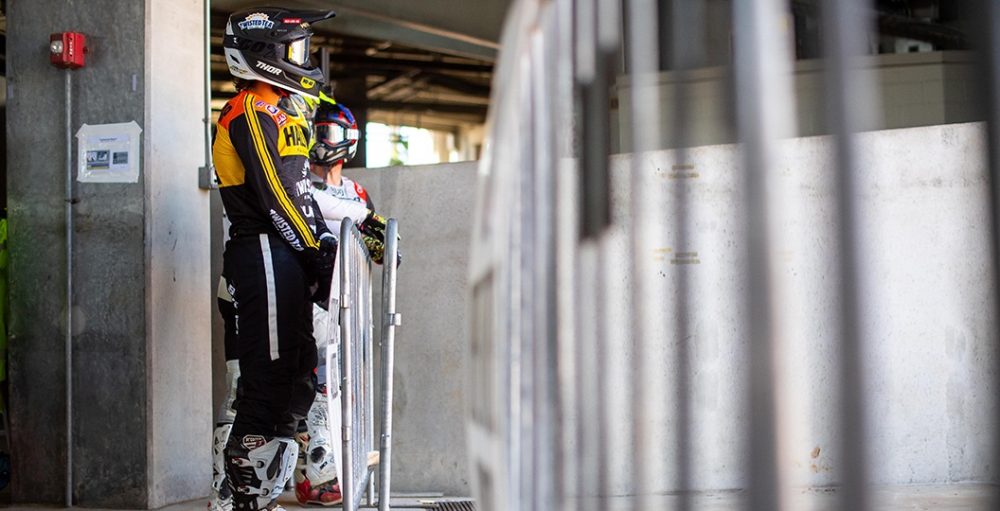 Twisted Tea H.E.P Suzuki returned to full strength at the eighth round of 2021 Monster Energy Supercross, but that did not last for too long. Adam Enticknap crashed in the first timed session and travelled to the local hospital, where it was confirmed that he had broken collarbone. Enticknap shared the following update on social media.

“Broken collarbone in two places. Successful surgery this afternoon. Shoulder hurts really bad but, as far as we know, no extensive damage to the shoulder and we are going to get a MRI when we get home. Spirits are high I’m looking forward to getting back to the team racing again. Good job Max [Anstie] on his first 450 main.”

Enticknap was actually having his best season to date, before the crash, as he had already made three of the first seven main events. Enticknap is twenty-sixth in the championship standings, just two points ahead of his teammate, Max Anstie, in twenty-seventh.