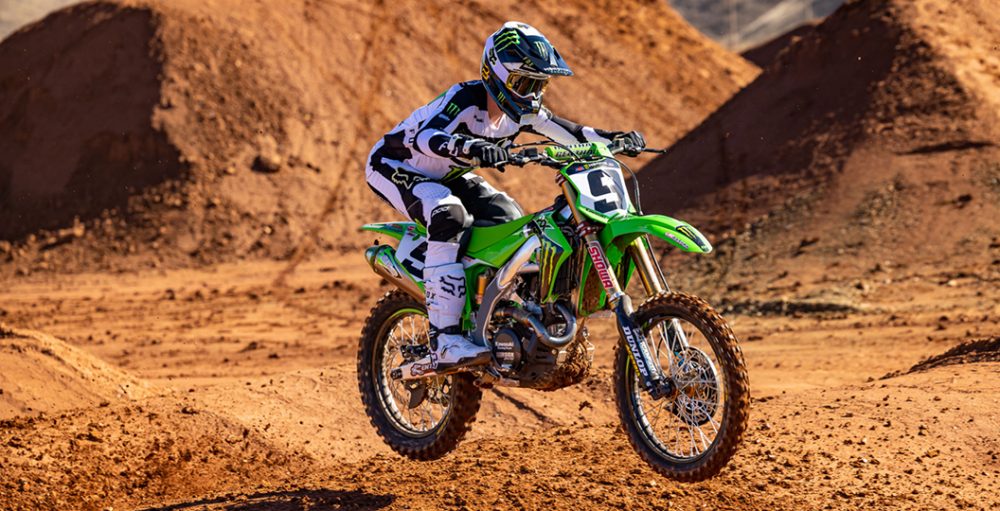 Rumours have been circulating about Adam Cianciarulo for some time, as information about a shoulder injury leaked in the middle of December. Cianciarulo confirmed today, January 03, that he suffered a Grade III AC separation and has only just returned to his KX450-SR. It goes without saying that he is going to be behind the eight ball at Anaheim 1, but he will indeed take to the track inside of Angel Stadium and start the 2022 Monster Energy Supercross series. Cianciarulo’s statement is below.

“Hey guys, Happy New Year. I hope all is well. I wanted to give you an update from me personally. We have this thing in dirtbike racing where we do not talk about injuries. I don’t really know if anybody knows why, maybe it’s some kind of masculinity thing. Regardless, I had a crash a few weeks ago. I did hurt my shoulder. It’s a Grade III [three] AC separation, my first time doing that. Obviously not ideal, but I had a great off-season up until that point. The last few weeks I’ve been doing what I can to stay in shape. I got on the test track today, did some laps, got a little bit of air and it’s feeling good enough. I’ll be ready to race at A1. Obviously, circumstances are not ideal but that’s life sometimes. Stoked to line-up and battle with the boys again. Again, wanted to give you guys an update directly from me. See you Saturday. Let’s do it.”

Cianciarulo sustained a broken collarbone at round eight of 2021 Monster Energy Supercross, Orlando 2, and then missed the remainder of the campaign, so he only finished sixteenth. Cianciarulo did secure one podium finish in the seven main events that he started – he was third at round three in Houston. That was the third 450SX podium of his career, as he finished second at Anaheim 1 and San Diego in 2020 Monster Energy Supercross.

Cianciarulo is entering his third year in the premier division; he has raced sixteen main events with Monster Energy Kawasaki and missed forty-seven percent of Monster Energy Supercross rounds since jumping onto the bigger bike.