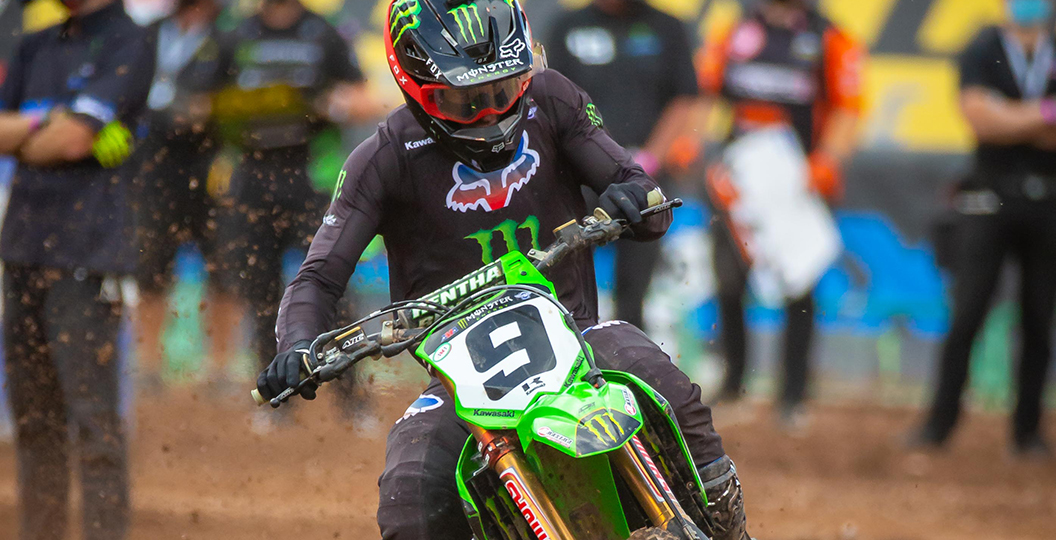 The return of 2020 Monster Energy Supercross did not quite go to plan for Monster Energy Kawasaki’s Adam Cianciarulo, who was returning from a broken collarbone. Cianciarulo was running second early on, after a great start, but crashed in the second rhythm section and was then struck by oncoming traffic. Fortunately, he has now released the following update that confirms he is fine.

“What’s up guys. Quick little update. Obviously you guys saw me squirl out and crash in the rhythm section. Cooper [Webb] ran into me pretty good there – he didn’t have anywhere to go. Not his fault, obviously, but he got me in the back substantially. I wasn’t able to finish. I just did not have it in me. It is pretty painful at the moment, but I got checked out and all is well internally with no broken bones. That’s good. I am tired of hitting the ground. I think I was a little bit too eager, being in such a good position so early and having not raced in a while. It’s the same for everybody. I have to take accountability for that and be better. That is something that I have always had to reign in a little bit – I get excited and really want it. We will fix that. The first one is out of the way and only up from here.”

After picking up one point at Salt Lake City 1, Cianciarulo has now dropped to eleventh in the 450SX championship standings. It sounds as though he will be racing at Salt Lake City 2 on Wednesday. Additional updates will be added to this page.