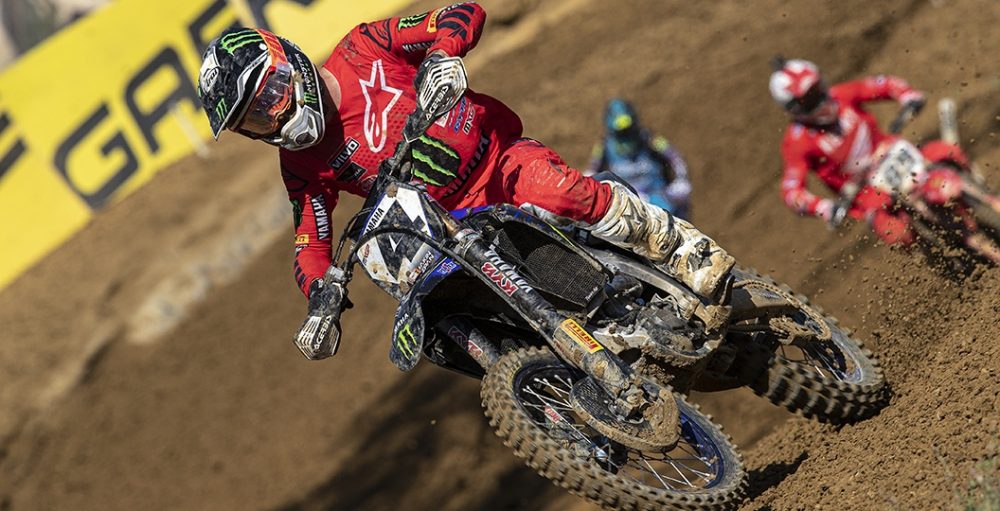 There has been a lot of injuries in the Grand Prix paddock over the last month or so, unfortunately, but the good news is that a handful of riders will venture back out onto the track at the Grand Prix of Lombardia this weekend. Updates on all of the injured MXGP and MX2 riders can be found below. This will be updated until the first gate drop, so stay tuned as more information comes to light. Need to know something for MX Manager? Contact us on social media (motocrossvice on Twitter).

Jago Geerts: Jago Geerts fell in training after Faenza and feared that he had broken his collarbone, but there are no injuries to speak of. Geerts is sore, but will race at Mantova 1. 21 points is the difference between him and the current MX2 championship leader.

Adam Sterry: Adam Sterry suffered minor internal injuries days before the Faenza triple header, but has now recovered and will race at the Grand Prix of Lombardia on Sunday. Sterry’s actually had a couple of days on the bike to prepare – he should not be far behind the eight ball.

Bas Vaessen: Bas Vaessen was dealing with back issues whilst competing at the Latvian triple header in the middle of August. Rather than continue to fight through the pain, Vaessen took some time off and will be in much better shape when gates drop at Mantova 1.

Arnaud Tonus: Arnaud Tonus injured his ankle at Faenza 2 and could not handle the pain at the next round, so bowed out of the Grand Prix of Emilia Romagna prematurely. Tonus is not at one hundred percent going into the Grand Prix of Lombardia, but will attempt to race.

Mathys Boisrame: Mathys Boisrame was in exactly the same position as his F&H Racing teammate above, Mikkel Haarup, as he crashed at Faenza 2 and was too beaten up to race at Faenza 3. Taking the correct time to recover will allow him to race at Mantova 1 though.

Anton Gole: Anton Gole twisted his left foot at Faenza 1 and an x-ray at the track showed ligament damage, so he is out. There’s also a bone splinter on the back of his heel – those injuries are going to rule him out of the Mantova triple header.

Shaun Simpson: Shaun Simpson was already battered and bruised after a crash at the Grand Prix of Latvia, then another practice crash at Lommel earlier this month left him with two broken thoracic vertebrae. No surgery is required on his back, but it is most likely his season is done.

Kevin Strijbos: Kevin Strijbos had surgery on a hernia in the first half of July, which forced him to miss the whole of the Latvian triple header. Strijbos is now back on a bike, which is good news, but is struggling with pain in his hip and back. Strijbos is providing updates week to week.