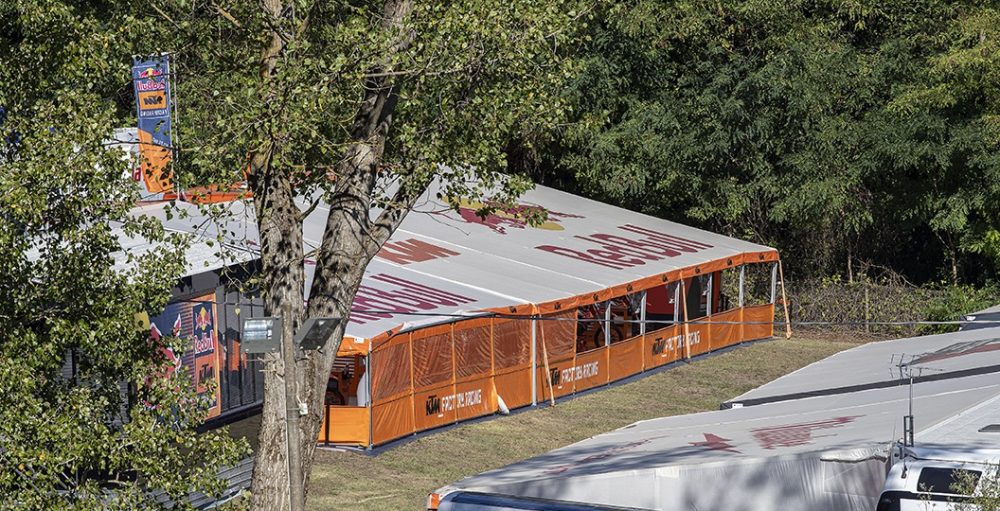 The 2020 FIM Motocross World Championship is picking back up with another triple header in Faenza, Italy, this weekend. Three weeks have been and gone since the conclusion of round five, so there has been a ton of injury news. Who is going to miss the Grand Prix of Italy tomorrow? You can get updates on all of the injured riders, as well as those who are coming back, in the regular MX Vice feature below. If you have a specific question, contact us on social media (motocrossvice on Twitter).

Gautier Paulin: Gautier Paulin suffered a broken finger at the first Latvian race in August, but obviously pushed through the ailment. The three weeks away from racing gave him some valuable healing time and, consequently, he will race again in Faenza.

Thomas Kjer Olsen: Thomas Kjer Olsen fractured his shoulder blade the Wednesday before the Latvian triple header and eventually succumbed to the pain at the Grand Prix of Kegums, as he missed that race. Olsen will be back on track this weekend.

Jeremy Sydow: Jeremy Sydow revealed that he had been dealing with mystery health issues before Latvia and had only just started riding again in August. However, Sydow will return to the MX2 class this weekend.

Kevin Horgmo: Kevin Horgmo has had rotten luck this year and that continued in Latvia, as he fell in the first corner at the first event and dislocated his shoulder. Now, four weeks on, he is ready to return to racing.

Bas Vaessen: Bas Vaessen has a bulging disc in his back and is not ready to return to racing, although he is back on a bike and riding. Expect to see him at the next Italian triple header, which is scheduled to start at the end of this month.

Adam Sterry: Adam Sterry fell on Tuesday and suffered some slight internal damage, which has ruled him out of the Faenza triple header. Sterry believes he will be ready to go in a little over a week, so returning for Mantova will not be a problem.

Shaun Simpson: Shaun Simpson was battered and bruised following a crash at the Grand Prix of Latvia, the first part of the triple header, and has not quite recovered. Although he’s back on a bike now, he did not quite feel ready to jump back into the premier class. Simpson will strive to get back on track at Mantova.

Benoit Paturel: Benoit Paturel had a nasty crash over the finish jump at the Grand Prix of Kegums, round five, and fractured his T12 vertebra – he also cracked his tailbone. Paturel is expected to be off of the bike for six to seven weeks, so Kyle Webster has been drafted in as his replacement at JM Honda Racing.

Rene Hofer: Rene Hofer suffered a cruel blow at the Grand Prix of Riga, as a hard fall in the second moto left him with a broken left shoulder. The recovery time’s tipped to be between two and three months, which means that his maiden term as an MX2 rider is over. Red Bull KTM Factory Racing will sign a fill-in rider.

Pauls Jonass: Pauls Jonass had a very hard crash in June, which resulted in some broken ribs and five broken spinous processes. Further evaluations revealed that some vertebrae were damaged too. Jonass is wearing a neck brace still, so will not be back for a while. It’s quite unlikely that he will return this year.

Kevin Strijbos: Kevin Strijbos had surgery on a hernia in the first half of July, which forced him to miss the whole of the Latvian triple header. Strijbos is now back on a bike, which is good news, but is struggling with pain in his hip and back, so will not race in Faenza. There should be another update on his condition next week.

Iker Larranaga: Remember when Iker Larranaga crashed at Matterley Basin and fractured his T7, as well as some other injuries? Well, Larranaga recovered and then fell again a week before the Grand Prix of Latvia. The C2 vertebra was broken and needed emergency surgery. There’s no timeline on his recovery, but 2020 is over.

Wilson Todd: Wilson Todd sustained a hand injury at the Grand Prix of The Netherlands back in March, as well as a torn ACL and fractured tibia. Todd has not yet managed to recover fully – it should not be too long before he hits the track again though. DRT Kawasaki are not present in Italy, as they have no riders.