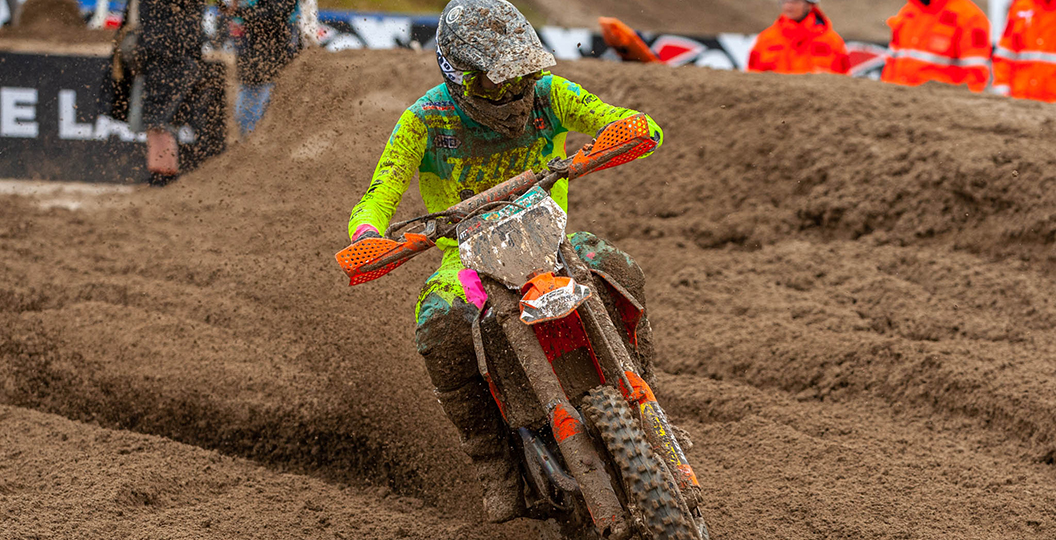 Ivo Monticelli has been extremely impressive since he first jumped onto a Standing Construct KTM, yet most were still shocked that he was challenging for podium positions at the Grand Prix of Lombardia. It seemed like it would be a memorable day for him, but bad luck won struck him and left him with zero points and a painful shoulder. Monticelli withdrew from moto one with a mechanical issue and then crashed early on in moto two and dislocated his shoulder. A statement from ‘128’ is below.

“Unlucky weekend… Great start in the first moto. I kept the third position until five minutes to go when my bike stopped. In the second moto not a bad start, but on the second turn I catch someone’s back wheel… My fault! I dislocated my shoulder but nothing too serious I hope! I’ll give it a check this week!”

It remains to be seen whether Ivo Monticelli will compete at the upcoming Grand Prix of Portugal. Fifteenth is the position that he currently occupies in the premier-class championship standings.