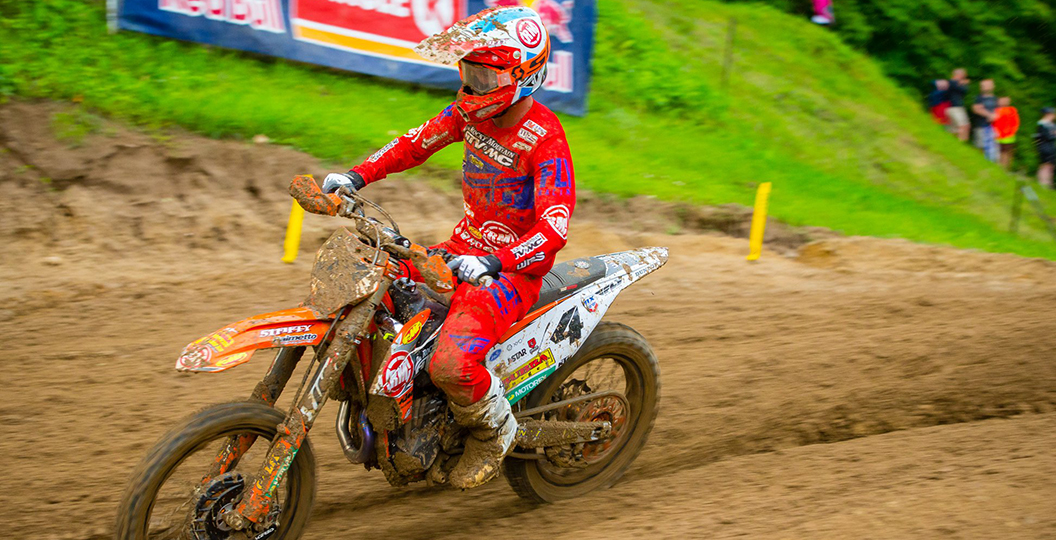 Baggett has been fighting an illness and not feeling well backing up to the general start of the MX season. Though he had an incredible runaway moto win back at round four in Mount Morris, PA, Blake hasn’t been feeling right since. The issues worsened after the heat from the Jacksonville, FL, race followed by Southwick. It was during this time that Baggett and his team began digging deeper into finding what the underlying issue was.

Forrest Butler (Team Owner): “As of today, we have not been able to put a finger on exactly what Blake has. As his team owner, along with everyone else close to him, it is certain that he is carrying some type of virus and the effects are wearing the rest of his body out so much that the safest thing to do for Blake right now is pull out for this weekend. We will continue to work with new doctors that have come in to play as of this week, find out what he has and get him back healthy again.”

Blake Baggett: “The sport seems to elevate every year and for us athlete’s we just want to be our best and try and win. Over the past few season’s I have won indoors and out, so I know what my body is supposed to feel like. I’m not one to ever through in the towel even on a race, but after last weekend and through this week I was best advised by my doctors and team that it was time to sit one out until we figure this virus I got going on out.”

Ray Butts (COO of RMATV/MC): “From my end, I just want to see Blake healthy and that is all that matters. We all know he is fully capable of winning when he is healthy. The back-to-back seasons, year after year get to be so gruelling and sometimes it’s easy to forget what these guys have been through. Since Blake started with the team, he has not missed a single race. I was adding it up, and between SX and MX, from 2017 to present, Blake has lined up for 86 races straight!  He has proved to ride through just about anything and right now he’s just showing that he is human and can get sick too. I am confident we will get things figured out and be back on track soon enough.”