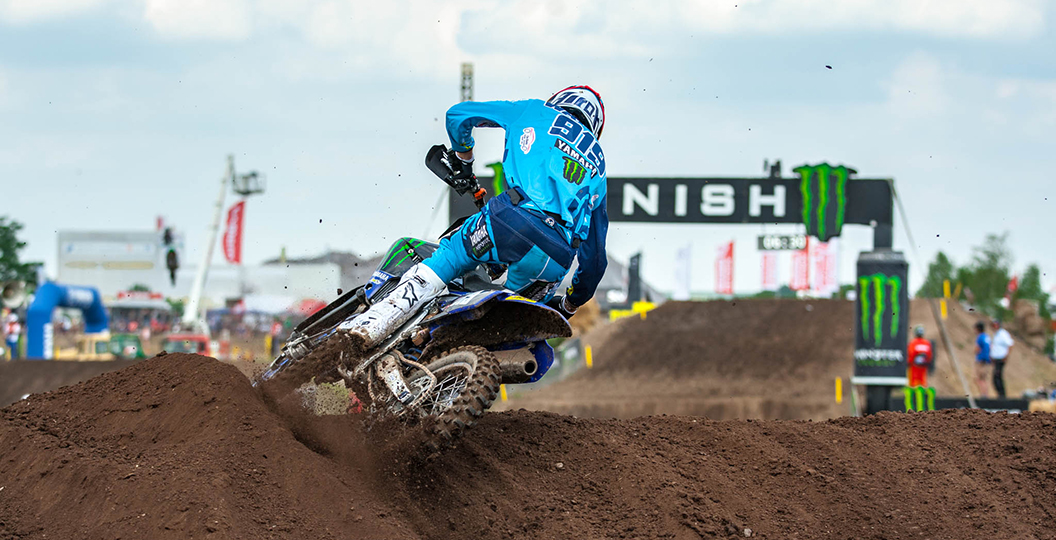 Ben Watson had an impressive roll going prior to the Grand Prix of Germany, round ten of the 2019 FIM Motocross World Championship, and even jumped to the top of the board early on in MX2 free practice. An incident later on in that session resulted in a hand injury though. Yamaha Racing confirmed the news via the following statement.

“@BenWatsonMX will miss the remainder of the German Grand Prix after breaking his hand in the first practice session. More on his injury and an update on his return will be shared when available. On behalf of #YamahaRacing, we are wishing Ben a quick recovery!”

There will be more on this injury shortly, so stay tuned to MX Vice. Ben Watson currently lies fifth in the championship standings, just five points down on fourth, but will obviously slip further down the order now.