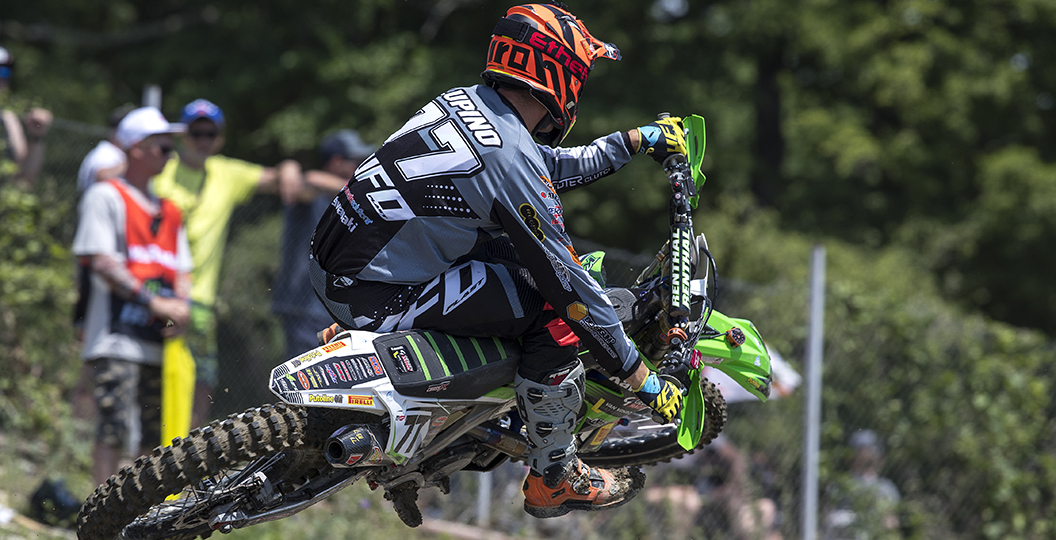 Another update on Alessandro Lupino’s condition has now surfaced and it seems as though things are trending in a positive direction. Federica has written this one once again.

“Quick update on Ale’s conditions: This morning he came out of intensive therapy. Is fine. The doctors are evaluating if and conditions to travel to be able to return to Italy as soon as possible.”

MX Vice has since learnt that Lupino could return to Italy as soon as this evening, which is fantastic news. More information will be provided at a later date.

Alessandro Lupino’s partner, Federica Lupino, shared the following update on social media this evening. It was Italian, but has been translated for the purpose of this story.

“Hi everyone, I’m Federica, I write on behalf of Alessandro because he can’t do it. Following the crash of today he suffered a fracture of a vertebra and sternum. Both fractures are composed. On a neurological level everything is ok, the problem is that the breaking of the sternum has caused a cardiac trauma that must be kept under control. He will spend the night in intensive care and tomorrow the doctors will assess whether he will be stable to return to Italy. I thank all those who are helping him not leaving him alone.”

Another update is expected tomorrow (Monday) morning and will be added to this story as soon as it is made public.

MXGP-TV viewers were left concerned when Alessandro Lupino crashed hard in the first moto at the Grand Prix of Russia, round eight of the 2019 FIM Motocross World Championship, and then no further updates were provided, other than the fact that he did not compete in moto two. Kawasaki have now released the following statement that explains what injures were suffered. This is all that is known at this time.

“Alessandro Lupino was another first moto casualty. He had advanced quickly from twenty-fifth to fifteenth in the first fifteen minutes before crashing hard. He was transported immediately to Krasnodar hospital where four broken bones in his back and one in the chest were diagnosed; he will be flown back home to Italy for surgery as soon as possible.”

Alessandro Lupino is fourteenth in the championship standings, after scoring no points at round eight. An eighth in moto one at the Grand Prix of France was a season-best finish.