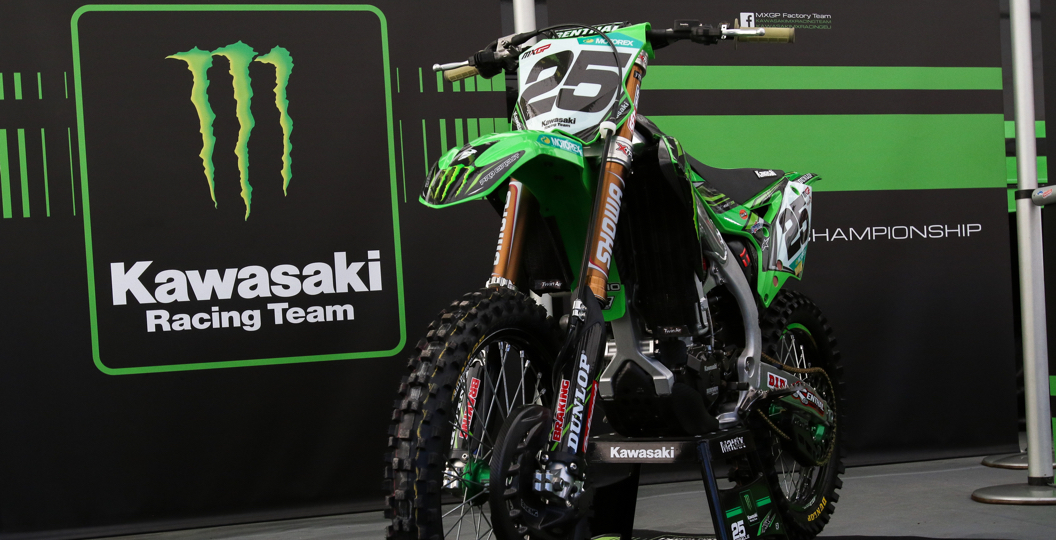 It is almost hard to believe that this feature is so stacked at this point in the season. Assen, the setting for the MXGP of The Netherlands, claimed more than a few riders, but some managed to escape unscathed. Others, however, have been forced off of the bike a little earlier than initially planned and will miss the MXGP of Pays de Montbeliard.

In for the MXGP of Pays de Montbeliard

Tim Gajser: Presumably the horrific crash that Tim Gajser had at the MXGP of The Netherlands has landed in front of you at some point? Gajser was fine after that, which is simply incredible, and will be behind the starting line this weekend. Villars sous Ecot is a circuit that should play to his strengths.

Tommy Searle: Tommy Searle was at the bottom of that second-turn crash in moto two at Assen, hence why he did not complete a single lap. Searle banged up his ankle, hence why it was sore after the race, but no damage was done.

Stephen Rubini: The MXGP of The Netherlands was extremely difficult for Kawasaki. There is some good news, however, as Stephen Rubini did not sustain any injuries in his vicious crash and will take part in his home Grand Prix. ‘118’ initially felt pain in his upper leg.

Arnaud Tonus: Arnaud Tonus will return from the broken rib that he sustained at the MXGP of Switzerland and believes that he will not be too far from one hundred percent this weekend. Tonus went through the details of his injury in an exclusive MX Vice podcast last weekend.

Valentin Guillod: Valentin Guillod will finally return from the hand injury that he sustained in Russia, just two months later than initially planned. Guillod, who is rumoured to be moving on from the Assomotor Honda outfit at the end of the year, actually finished second in a moto when he last raced here.

Out of the MXGP of Pays de Montbeliard

Clement Desalle: Clement Desalle almost completed a season without succumbing to injury! Details on his condition are still rather vague, but it is known that he sustained a lower back injury and will not return to the starting line until next year. The Monster Energy KRT rider has already signed a two-year extension.

Jordi Tixier: Well, this sums up the season that Jordi Tixier has had perfectly. Tixier will miss his home Grand Prix, as he still has not fully recovered from the various injuries that were sustained earlier in the season. The former world champion will not return to the Monster Energy KRT awning.

Ken De Dycker: Thankfully, Ken De Dycker is not injured. The lanky Belgian will not return to the MXGP starting line, however, as he hung up his boots following the first moto at Assen. A twelfth in moto two at Orlyonok was the best result that he garnered this season.

Michele Cervellin: Michele Cervellin strained his groin prior to the MXGP of The Netherlands and, following additional advice from doctors this week, has been advised to miss the final round of the series. It remains to be seen if he’ll be able to compete at the Motocross of Nations.

Arminas Jasikonis: Arminas Jasikonis was dealt a crushing blow at the Monster Energy MXGP of USA, as a dislocated hip was sustained in the first of two motos. Stefan Everts believe that Jasikonis will be cleared to ride towards the end of November, so his preparation for next year should not be hindered too much.

Benoit Paturel: The 2017 FIM Motocross World Championship has been a turbulent affair for Benoit Paturel, as poor starts have restricted him to the lower half of the top ten more often than not. His final campaign on a 250F has come to a close now, however, as he crashed in training after Uddevalla and sustained internal injuries.

Iker Larranaga Olano: Iker Larranaga Olano crashed at the Grand Prix of Switzerland and sustained a fractured fibula, but has now resumed training. Although he will not be racing at Villars sous Ecot, he is busy preparing for the Motocross of Nations. The Spaniard will occupy the ‘Open’ slot there.

Bas Vaessen: Bas Vaessen has had some horrid luck this season. A black cloud has certainly been following the Suzuki World MX2 rider and, unfortunately, it struck again at Lommel. A collarbone injury was sustained in the first moto that will sideline him for the foreseeable. It is actually remarkable, as well as overlooked, that he finished twentieth in that same race.