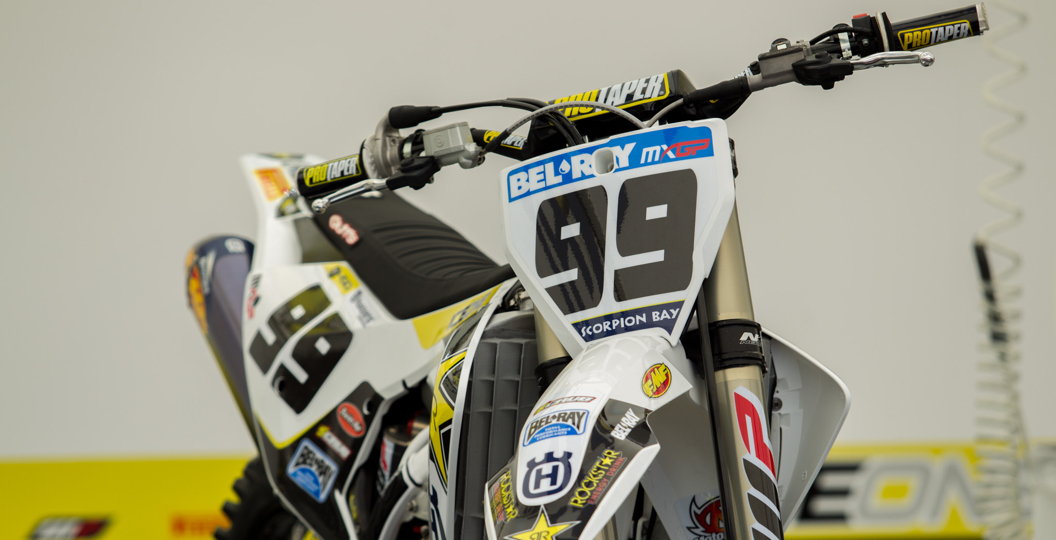 A lot has gone on in the time that has passed since the Grand Prix of Europe. Three riders will return to action this weekend at the Grand Prix of Latvia, but eight riders are currently on the sidelines. Just scroll down to view updates on the various different riders.

In for the Grand Prix of Latvia.

Max Anstie: A minor knee injury forced Max Anstie onto the sidelines prior to the Grand Prix of Trentino. ‘99’ resumed riding again last Thursday, however, and will now make his MXGP comeback.

Jordi Tixier: Jordi Tixier has been sidelined for the same amount of time as Anstie, but his ailment actually required surgery. Tixier returned to racing at the Sainte Austreberthe International last weekend and finished second overall, behind Wilvo Yamaha MXGP’s Shaun Simpson.

Bas Vaessen: Bas Vaessen was hoping to return much sooner than this, but the collarbone injury that he sustained at the Grand Prix of Patagonia-Argentina was a little more serious than he first thought. ‘98’ will make his return this weekend.

Michele Cervellin: Michele Cervellin has been fighting a hand injury since the Grand Prix of Trentino. Although he has continued to battle through the issue, it explains why his results have not quite met his expectations. Cervellin is hoping that the weekend off will help him get back to his best.

Vsevolod Brylyakov: It is actually quite surprising that Vsevolod Brylyakov will be racing this weekend; he sustained damage on one of the main nerves in his shoulder and had a paralyzed shoulder muscle following a crash at Valkenswaard. ‘18’ is far from one hundred percent, unfortunately, but is going to give it a go.

Out of the Grand Prix of Latvia

Adam Sterry: In a cruel twist of fate, Adam Sterry tore his ACL whilst en route to a season-best finish at Valkenswaard. The injury will, unfortunately, sideline him for the rest of this season.

Kevin Strijbos: Kevin Strijbos attempted to push through the pain of an injured elbow at the Grand Prix of Europe. It was not to be, however, and he was forced to withdraw in a considerable amount of pain. If everything goes well, he’ll be able to start riding in six weeks.

Jaap Corneth: Jaap Corneth, of the 24MX Honda team, fractured his middle finger at a round of the ADAC MX Masters last weekend. The injury is expected to sideline him for around six weeks.

Jake Nicholls: After such an impressive start to the season, especially at a domestic level, Jake Nicholls was dealt some poor luck at the Grand Prix of Trentino. ‘45’ dislocated his hip without even crashing, so will now be sidelined for the foreseeable.

Iker Larranaga Olano: “Motocross continues to put me to the test,” Iker Larranaga Olano wrote on social media. The Spaniard, who is riding for Husqvarna 8Biano Racing, fractured his fibula prior to the Grand Prix of Trentino. The amount of time that he’ll have to miss has not yet been determined.

Davy Pootjes: “Feels like the man above us is just testing me,” said Davy Pootjes following his latest setback at the Grand Prix of Patagonia-Argentina. The HSF Logistics KTM rider injured his shoulder and was instructed to rest it for two weeks. At that point he returned to the doctor for further evaluation, however, and it was revealed that he’ll need surgery. Pootjes has now gone beneath the knife and is expected to be on the sidelines for around two months.

Chihiro Notsuka: A vicious fall in Argentina left Chihiro Notsuka with a fractured back and dislocated hip. His C6 and C7 were plated shortly after the incident, but he will not get back on a bike for six months at least. His hip will not take as long as that to heal, according to a press release, so he’ll be able to resume some light training in a couple of weeks.

Tommy Searle: Tommy Searle is finally nearing a return, after sustaining a knee injury in the off-season. Searle has been back on a bike for a couple of weeks now, so look for him to make his return by the end of the month. ‘100’ is on the entry list for this weekend, admittedly, but just ignore that.