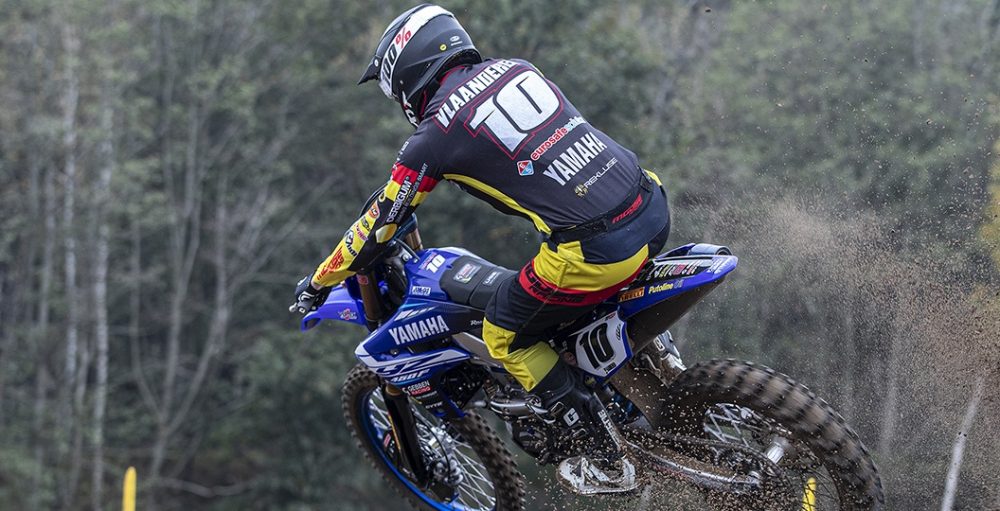 The lengthy 2020 FIM Motocross World Championship is starting to take its toll on a lot of guys, the information below acts as proof of that. 23 riders are currently nursing injuries on the sidelines, unfortunately, and that figure includes two new casualties. The good news is that one rider will actually return to racing though! Jump into the list below for more information. Got a question about a specific guy? Contact us on social media (motocrossvice on Twitter).

Alessandro Lupino: Alessandro Lupino tore the posterior tibial ligament in his knee, without even crashing, at Mantova. Lupino will return this weekend and be the only regular Gebben Van Venrooy Yamaha rider on track.

Calvin Vlaanderen: Calvin Vlaanderen crashed during his final training session of the term and banged his hip, which then required stitches. Vlaanderen will not race at all in Italy – Gebben Van Venrooy Yamaha drafted Brent Van Doninck in as a fill-in rider.

Artem Guryev: Artem Guryev has been dealing with a wrist injury that was not helped by multiple crashes in the sand of Lommel, so he will skip the rest of the season in order to make some progress with his recovery. JM Honda Racing will hit Pietramurata with Dylan Walsh and Benoit Paturel.

Nathan Crawford: Nathan Crawford suffered a knee injury at Mantova and will miss the remaining rounds of the 2020 FIM Motocross World Championship. It is thought that Crawford will return to Honda 114 Motorsports next year.

Kyle Webster: Kyle Webster has had rotten luck since joining the JM Honda Racing squad and, unfortunately, the shoulder injury that he sustained in September has not healed as expected. Webster will miss the rest of the season, to allow it to fully recover.

Alberto Forato: Alberto Forato was already struggling with the shoulder injury that he sustained in Latvia, but a crash at Lommel 2 made the situation much worse. Forato is expected to miss the rest of the term. It’s worth noting that he is linked to an MXGP seat for 2021.

Mathys Boisrame: Mathys Boisrame has really been struggling with the repercussions of a concussion since September – the intense run of races has not helped the situation. Boisrame will miss the rest of the season in an attempt to recover fully, ahead of the new season.

Henry Jacobi: A weird crash in time practice at the Monster Energy MXGP of Flanders left Henry Jacobi with a dislocated shoulder, which has effectively ended his season. Jacobi does not have a deal for next year and is unsure what the future holds.

Mitch Evans: Mitch Evans broke his wrist at the Grand Prix of Spain and underwent surgery in Milan immediately – that is the end of his first term on Team HRC. Recovery time is tipped to be around five to seven more weeks, so he should not miss too much time.

Glenn Coldenhoff: An extremely scary crash has ended the season for Glenn Coldenhoff, unfortunately, but the good news is that he will make a full recovery. Coldenhoff fractured his T3 and T4 vertebrae, but is motivated to return to the same level with his new team next year.

Mikkel Haarup: Mikkel Haarup fell in turn one at the Grand Prix of Citta di Mantova and injured his thumb, so he will miss the remaining rounds. F&H only have Roan Van De Moosdijk beneath the team awning now, as Mathys Boisrame is already injured (see above).

Anton Gole: Anton Gole twisted his left foot at Faenza 1 and an x-ray at the track showed ligament damage, so he is out. There is also a bone splinter on the back of his heel – those injuries are going to rule him out of the rest of the season.

Arminas Jasikonis: Arminas Jasikonis suffered serious injuries that left him in a medically-induced coma at the Grand Prix of Lombardia. The incredible news is that he is at home and recovering well, with positive signs. The latest on Jasikonis is here.

Pauls Jonass: Pauls Jonass had a very hard crash in June, which resulted in some broken ribs and five broken spinous processes. Further evaluations revealed that some vertebrae were damaged too. Jonass will not return this year.

Wilson Todd: Wilson Todd sustained a hand injury at the Grand Prix of The Netherlands back in March, as well as a torn ACL and fractured tibia. Todd has been testing for more than a month now – he isnt going to return to racing this weekend though.