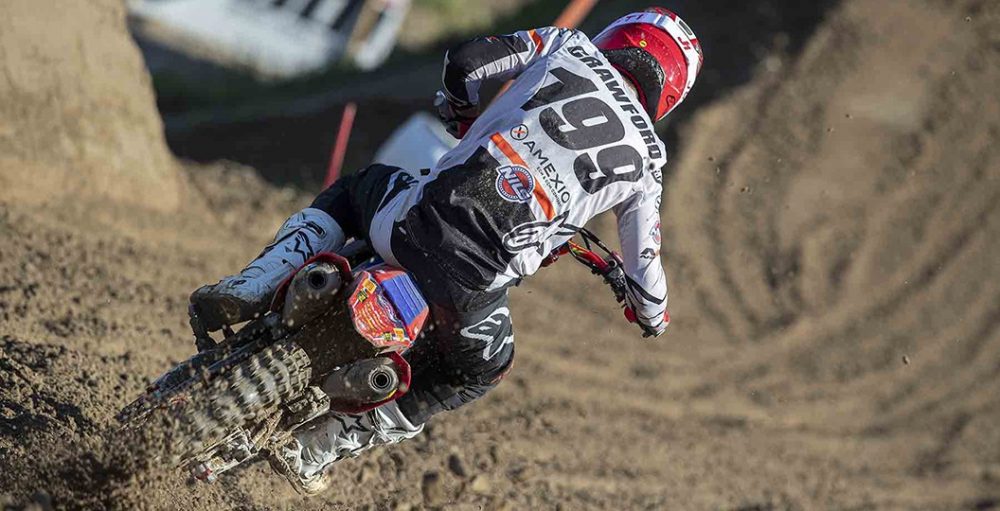 Nathan Crawford: Nathan Crawford crashed in moto one at the Grand Prix of Citta di Mantova and had to withdraw from the event with a swollen knee. The hope is that he will attempt to ride on Sunday.

Mikkel Haarup: Mikkel Haarup crashed in turn one at the Grand Prix of Citta di Mantova and broke his thumb, so will be out for an undetermined amount of time. Haarup has already returned home to begin his recovery. F&H will stick their two riders, rather than draft in a fill-in guy.

Arminas Jasikonis: Arminas Jasikonis sustained serious injuries at the Grand Prix of Lombardia. The good news is that he is now awake and out of the coma. All positive signs. An official statement from Rockstar Energy Husqvarna Factory Racing is here.

Michele Cervellin: Michele Cervellin broke a couple of metacarpals in his foot at Faenza earlier this month and tried to race on Sunday, but just could not do it. Cervellin will miss the next two races at Mantova and not return until he is at full fitness.

Kyle Webster: Kyle Webster was actually set to make his debut with JM Honda Racing here at Mantova, but fell just over a week ago and suffered a concussion as well as a minor shoulder injury. Webster hopes to return at Lommel, which will be a baptism of fire.

Anton Gole: Anton Gole twisted his left foot at Faenza 1 and an x-ray at the track showed ligament damage, so he is out. There is also a bone splinter on the back of his heel – those injuries are going to rule him out of the Mantova triple header.

Shaun Simpson: Shaun Simpson was already battered and bruised after a crash at the Grand Prix of Latvia, then another practice crash at Lommel earlier this month left him with two broken thoracic vertebrae. No surgery is required on his back, but it is most likely the end of his season.