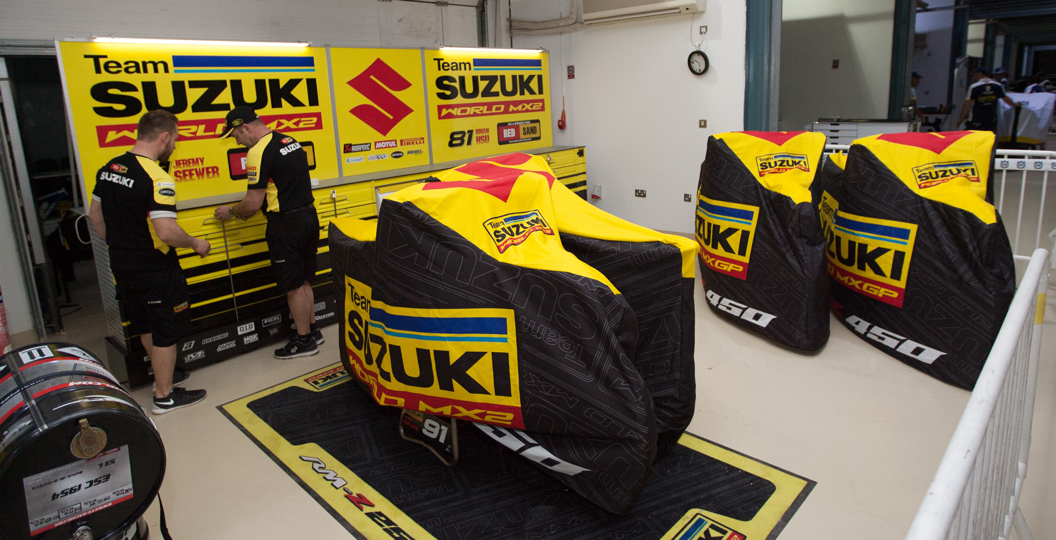 Injury updates have been frequent in recent weeks, as many MXGP contenders have fallen victim to health issues. Who will be out of action this weekend? Who has recovered in time? Here’s a comprehensive list of updates.

In for the GP of Qatar…

Antonio Cairoli: The eight-time world champion, Antonio Cairoli, suffered a blow at the end of January when he broke two ribs. Although the injury ruled him out of all pre-season races, he will be racing this weekend.

Clement Desalle: Although Clement Desalle broke his arm two weeks ago, he will attempt to race this weekend. ‘25’ will be nowhere near one hundred percent and use practice as a gauge to see how he feels, but scoring points is obviously realistic.

Romain Febvre: Romain Febvre crashed in the middle of February and, as a result, was left with a deep cut on his arm. After around ten days off the back, Romain returned to riding and will be ready to contend this weekend.

Ben Townley: When Ben Townley fell at the Valence pre-season international, he sustained a knee injury that needed further examination. Those tests revealed that he just twisted his knee, however, so he has since got back on the bike. He’ll race this weekend.

Pauls Jonass: Pauls Jonass has yet to race this year, thanks to a thumb injury that has been causing him issues. Despite this, he will contest the opening round of the FIM Motocross World Championship this weekend.

Out of the GP of Qatar…

Ken de Dycker: Ken de Dycker crashed on Friday and sustained a broken femur, which will rule him out for an unspecified amount of time.

Matiss Karro: Another blow for 24MX Lucas Oil Honda; Matiss Karro tore his ACL and damaged his meniscus at Lacapelle-Marival. He is expected to be out of action for two to three months.

Jordi Tixier: The wrist injury that Jordi Tixier sustained in 2015 was still giving him trouble through the winter period, so he elected to have another surgery just a few weeks ago. No return date has been specified.

Rui Goncalves: Rui Goncalves crashed in the same incident that claimed Romain Febvre and sustained a gruesome finger injury a couple of weeks ago. There is currently no timetable on his recovery.

Julien Lieber: Julien Lieber is still struggling with the hip injuries that hindered him towards the end of last year. He will be out of action for an unspecified amount of time, so Alvin Ostlund has been drafted in as his replacement.

Steven Frossard: Following his hard crash in August last year, Steven Frossard is still fighting his way back to full health. It is unknown at this point whether he will return to racing at the highest level.