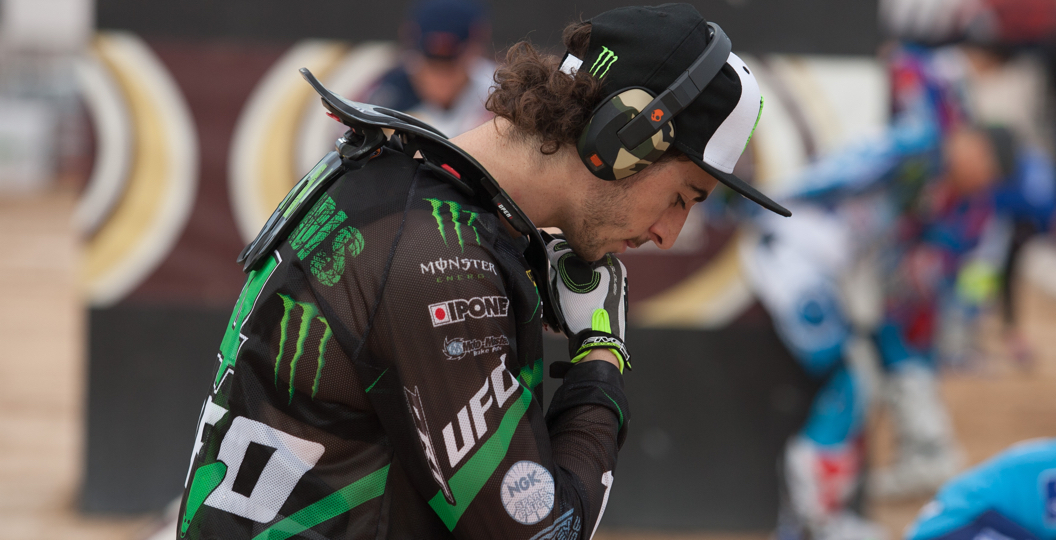 Following the one-sided list in Switzerland, a lot of riders will return to racing this weekend. Jeffrey Herlings will obviously steal headlines in that category, as he attempts to build on his current advantage in the MX2 class. There are still a ton of riders out, remember, so it’s best that you scroll down to find out if you’re favourite rider is racing.

In for the GP of The Netherlands.

Jeffrey Herlings: A march towards a third world title will continue for Jeffrey Herlings this weekend, as he returns from a broken collarbone. This will be the first time he has tackled Assen.

Jorge Prado: After being sidelined by a shoulder injury during his MX2 debut at Lommel, Jorge Prado will have another stab at making his mark this weekend. He is also expected to travel to the USA in the weeks that follow Assen.

Adam Sterry: Adam Sterry missed just one MXGP round, because of the severe burns sustained at Lommel. He’ll return to the world stage this weekend and, based on his performance in Britain last weekend, will be at his best.

Roberts Justs: A concussion sustained at St. Jean d’Angely has sidelined Roberts Justs for almost three months, but he’ll return to racing this weekend for the HSF Logistics KTM team.

Ken De Dycker: A broken femur that was sustained in the week prior to the Qatari opener has destroyed De Dycker’s year, but he’ll finally line up again this weekend. He hasn’t raced MXGP for more than a year now.

Vsevolod Brylyakov: Although Vsevolod Brylyakov only just got back on a bike, reports suggest that he’ll be racing this weekend. We’re awaiting confirmation on that, however, so stay tuned.

Out of the GP of The Netherlands.

Dylan Ferrandis: A broken arm that was sustained at the GP of Switzerland has ended Dylan Ferrandis’ season and, actually, this chapter of his career.

Pauls Jonass: The whole process of recovering from a concussion sustained at Loket was much more complicated than Pauls Jonass originally expected, as he’s now out for the year.

Davy Pootjes: What has been a turbulent campaign for Davy Pootjes continues, as he has had surgery to deal with the inflammation in his wrist. That marks the end of his season, so the focus turns to 2017.

Aleksandr Tonkov: A back injury continues to sideline Aleksandr Tonkov, but for whatever reason updates have been infrequent. It remains to be seen when he’ll return.

Jorge Zaragoza: A mediocre season gets worse for Jorge Zaragoza, as the shoulder that he dislocated at Loket continues to sideline him. There’s no word on a return date.

Matiss Karro: Oh, Matiss Karro! His return to MXGP has ended prematurely, after he sustained yet another knee injury in the summer break. There is no way he’ll be back by the end of this season and, at this point, it remains to be seen whether he’ll be in MXGP at all next year. Can you really believe that he has not scored a single point this season?

David Herbreteau: There is no specific timeline on how long it’ll take David Herbreteau to recover from the ankle injury that he sustained in Spain, seeing as he still isn’t back on a bike. Considering he does not do the flyaway events, his season’s over.

Alfie Smith: Alfie Smith was last seen at the GP of Latvia, but pulled out as his shoulder was too painful. He will not return for any of the remaining MXGP rounds, but may appear in some domestic events later in the year.

Julien Lieber: Julien Lieber has dropped off of the map completely, as he continues to recover from the hip injuries that hindered him in 2015. There is no specific return date, but expect to see him back on track next year.

Ben Watson: Ben Watson is still quite far from one-hundred percent, as he has not yet got back on a bike. His focus will now turn to the 2016 season.