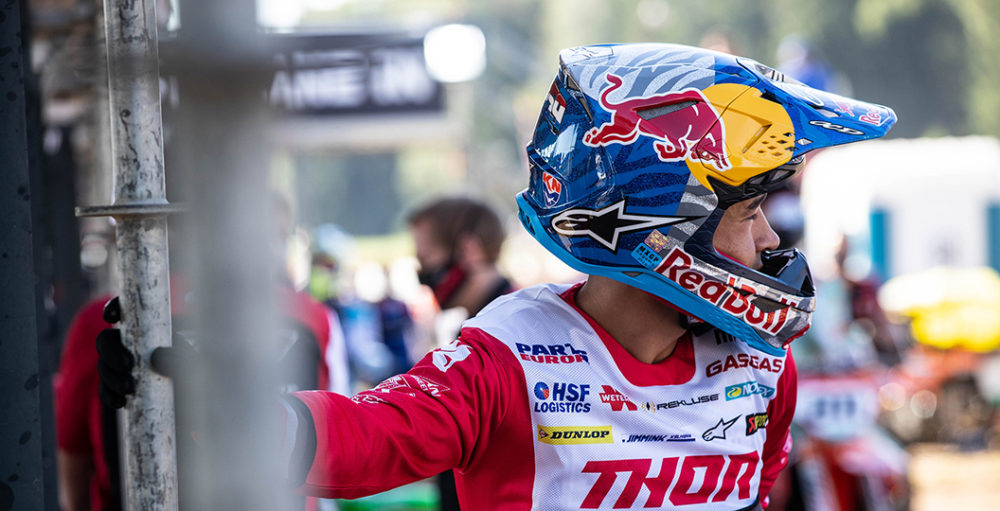 The previous round of the 2020 FIM Motocross World Championship only happened just two days ago, yet a lot has changed since then. A couple of guys have been forced to bow out of the triple header, whilst others have come up with a solution to fight their niggling injuries. It is all going on in the Grand Prix paddock. If you are really struggling to keep up with injury updates and everything that is going, then this list below may be useful. The list was last updated at 11:26 on August 15.

Glenn Coldenhoff: Glenn Coldenhoff crashed out of the second moto at the Grand Prix of Riga and badly winded himself, so there was some concern about whether or not he would make it to the starting line on Sunday. GASGAS has confirmed that he suffered no fractures in the fall, however, and will race.

Rene Hofer: Rene Hofer suffered a cruel blow at the Grand Prix of Riga, as a hard call in the second moto left him with a broken left shoulder. The recovery time is tipped to be two or three months, which may actually mean that his maiden term as an MX2 rider is over. Red Bull KTM Factory Racing are not expected to sign a fill-in.

Jeremy Sydow: Jeremy Sydow has skipped a considerable amount of bike time since the Dutch Grand Prix in March with a mystery illness. Although he is now back on a bike, he has only had a week and a half or so in the saddle and is not comfortable enough to race yet. Expect Sydow to return at round six.

Shaun Simpson: Shaun Simpson had a hard fall in moto two at the Grand Prix of Latvia on Sunday, which has forced him to return to the United Kingdom prematurely. There are no broken bones, luckily, but he does have a very sore back and neck. Simpson got checked once at home, but no updates have been released.

Julien Lieber: Julien Lieber will never line up for a FIM Motocross World Championship round again, as the elbow injury that he sustained in July last year has prompted some additional hand issues that just will not allow him to compete at the highest level. Lieber has retired, effective immediately. Dylan Walsh is his replacement.

Kevin Horgmo: Kevin Horgmo has not had much luck in his maiden MX2 campaign, and that was evident at the Grand Prix of Latvia on Sunday. Horgmo fell in turn one and dislocated his shoulder, which will obviously stop him from racing again today. Horgmo should be back for the next round.

Kevin Strijbos: Kevin Strijbos had surgery on a hernia in the first half of July, which means that he will have to miss the Latvian triple header. Everything is going to plan – he has just started cycling again. Strijbos won’t start riding again for two or three weeks, which means he will miss round six too.

Iker Larranaga: Remember when Iker Larranaga crashed at Matterley Basin and fractured his T7, as well as some other injuries? Well, Larranaga recovered and then fell again a week before the Grand Prix of Latvia. The C2 vertebra was broken and needed emergency surgery. There’s no timeline on his recovery. 2020 could be over.