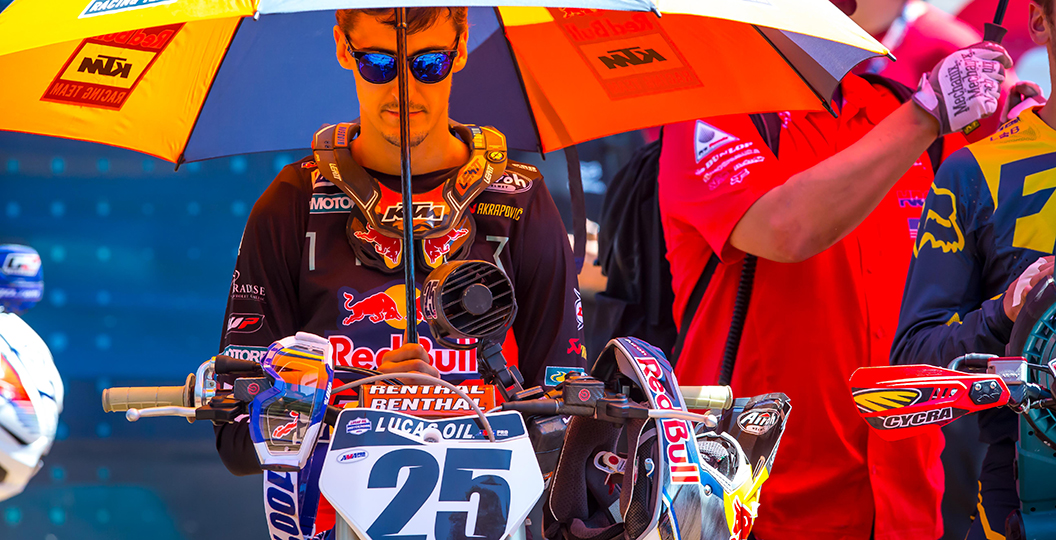 Team France are hogging headlines again, following an action-packed day for the French federation. Romain Febvre confirmed that he wouldn’t be racing at the Motocross of Nations, first of all, which then left them in need of a replacement rider. Jordi Tixier was eventually selected as the Open rider who would travel to the United States.

Fans across the globe are puzzled by that and want one question answered. Did the FFM actually try to contact Marvin Musquin this time around? David Vuillemin confirmed that they did on his personal Twitter account. “Yes, the French federation had the [soccer ball emoji] to call Marvin when Febvre was a no go,” Vuillemin wrote. “Dylan & Gautier tried to convince him too. He said no which is what I would’ve done. Good for him but I feel bad for Dylan cuz [sic] I work with him. Oh well, France & MXoN is always very controversial.”

Marvin Musquin has not addressed this situation yet. It makes sense that he turned them down though, as there has been no reason for him to continue training on an outdoor track since the final round of the Lucas Oil Pro Motocross series. If he offered to jump in now, despite the way that he has been treated, then he would be behind the eight ball and run the risk of damaging his reputation.