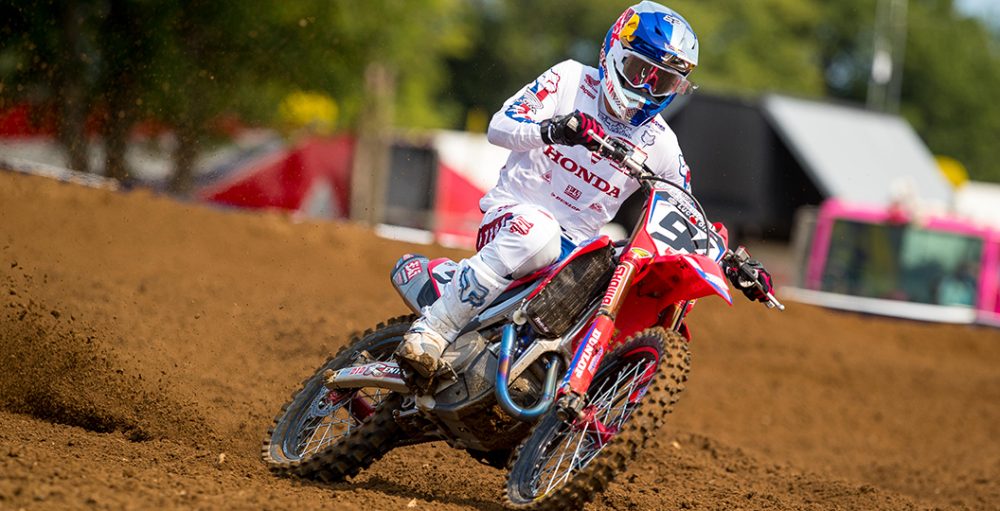 There is a weekend off for those competing in the FIM Motocross World Championship, so all eyes will be on the fifth round of the 2021 Lucas Oil Pro Motocross series at Southwick. Everything that one needs to prepare for the sandy action can be found below; entry lists, timetables, championship standings and the weather forecast. The good news is that a hurricane warning (that is Elsa) does not look like it is going to spoil anything!

Although Dylan Ferrandis extended his lead ever so slightly at the previous round, RedBud, the premier division is still wide open with eight rounds to go! Ferrandis is 14 points up on Ken Roczen heading into Southwick. Jett Lawrence is eight points up on Justin Cooper in the 250MX class. Honda HRC and Monster Energy Star Racing Yamaha are really dominating headlines this term!