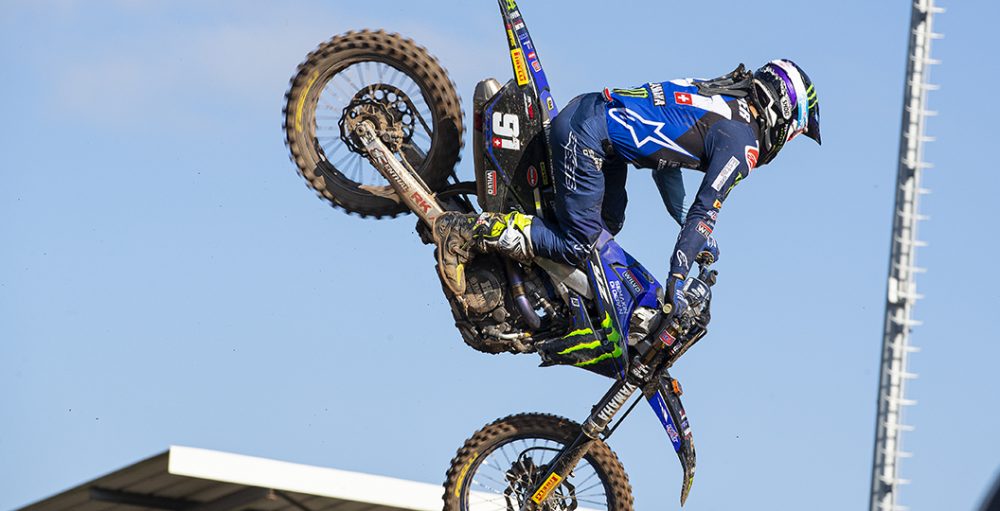 Intu Xanadu, Arroyomolinos, is the setting for round thirteen of the 2021 FIM Motocross World Championship this weekend. The man-made circuit that sits alongside one of the biggest shopping malls in Spain – just twenty-five minutes from Madrid’s international airport – first appeared on the schedule one year ago. Although a circuit such as this causes fans to roll eyes, there is some elevation and it is one of the stronger man-made venues in recent memory.

The 2021 FIM Motocross World Championship features one of the most exciting title battles in history, as just ten points is the difference between first and third. Jeffrey Herlings has the red plate, for the second time this season, and Romain Febvre is second, four points adrift. Tim Gajser occupies that third spot and’s ten points down on his rival. There is no way to predict what is going to happen next, especially considering that there are wildcards like Jorge Prado and Antonio Cairoli are still in the mix.

Bearing all of the above in mind, fans are going to want to tune into the action from Intu Xanadu. Everything that one needs to know in order to do that can be found below. Unsurprisingly, the weather is set to be very pleasant as per the forecast below. The race timetable is available too – it’s based on local time (CET) though. If you have a specific question on anything that is going on at the Grand Prix of Spain, simply get in touch on social media (@motocrossvice on Twitter).