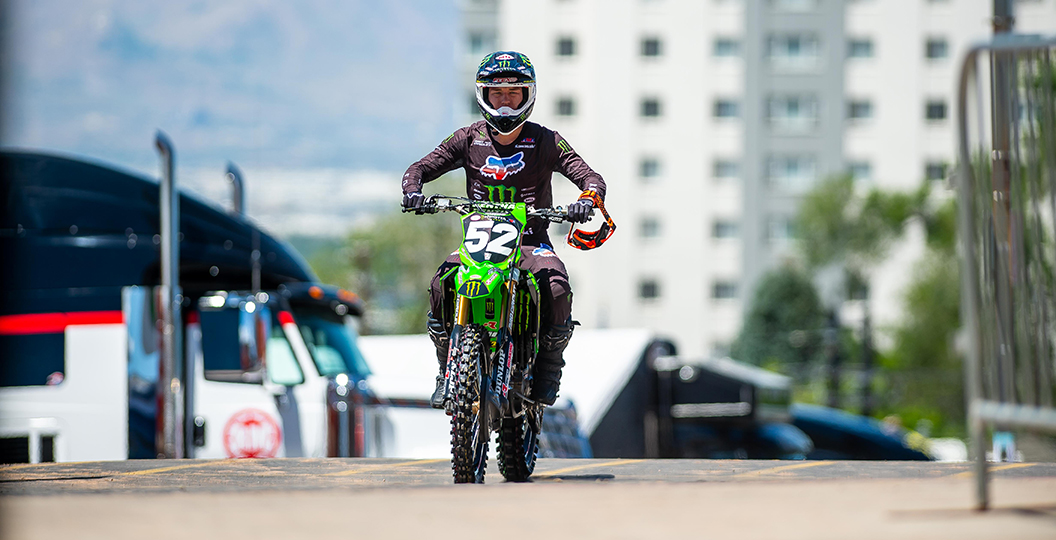 Drama at Salt Lake City 4! The 250SX West division has delivered plenty of drama in 2020 Monster Energy Supercross, as there are some fiery characters in the class. That doesn’t seem to have changed too much over the four-month break. Austin Forkner and Hunter Lawrence got into it in the final qualifying session at SLC 4 today, and that can be seen in the video below.

This all started before the video was filmed – Lawrence held Forkner up a little on a fast lap. Forkner showed his displeasure by cutting across his front wheel next to the mechanics, which can be seen at the beginning of the clip, and then Lawrence upped the ante by just completely gunning for his front wheel. Thoughts on this incident? Who was in the wrong in your mind? Join the conversation on social media (motocrossvice on Twitter).