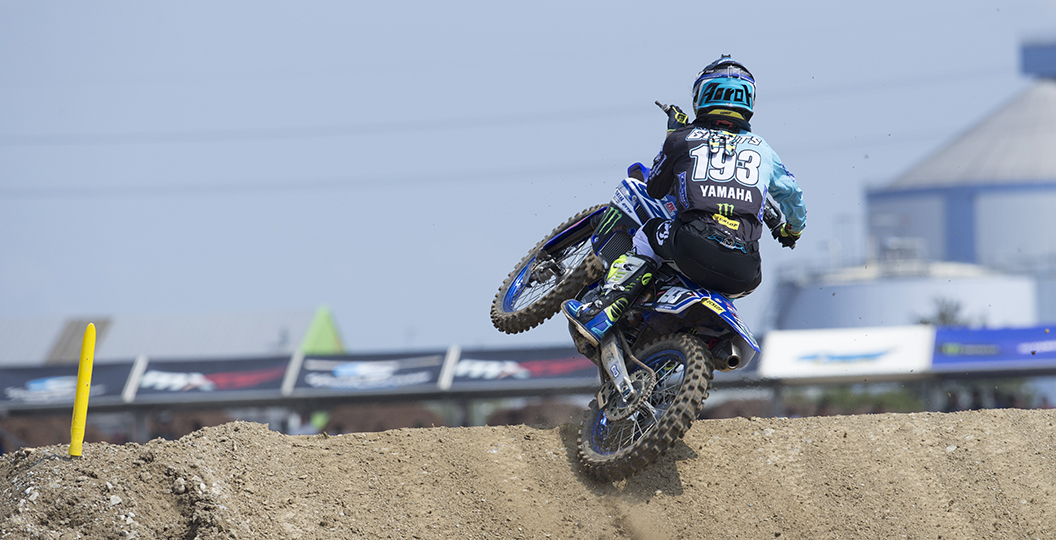 Jago Geerts, a rookie who is set to represent Team Belgium for the first time later this year, will return from injury at the penultimate round of the FIM Motocross World Championship this weekend. Geerts sustained a broken collarbone at round sixteen of the series, the Grand Prix of Switzerland, and has been missing ever since.

“I started riding again last weekend,” Geerts said in a team statement. “I went to Olmen both Saturday and Sunday to practice and that went pretty well. I had no problems at all. I could go full gas, also on the jumps. I had no pain on the next day, I was just a little stiff, but that is normal after three weeks without riding. I’m especially happy to be part of the championship riders again. I have no idea how my physical shape has suffered. I don’t want to make any predictions. I’m just going to do my best and see where I come in.”

Jago Geerts is now involved in a fairly tight battle for seventh in the championship standings, as he has a nine-point advantage over Michele Cervellin. Two rounds remain.