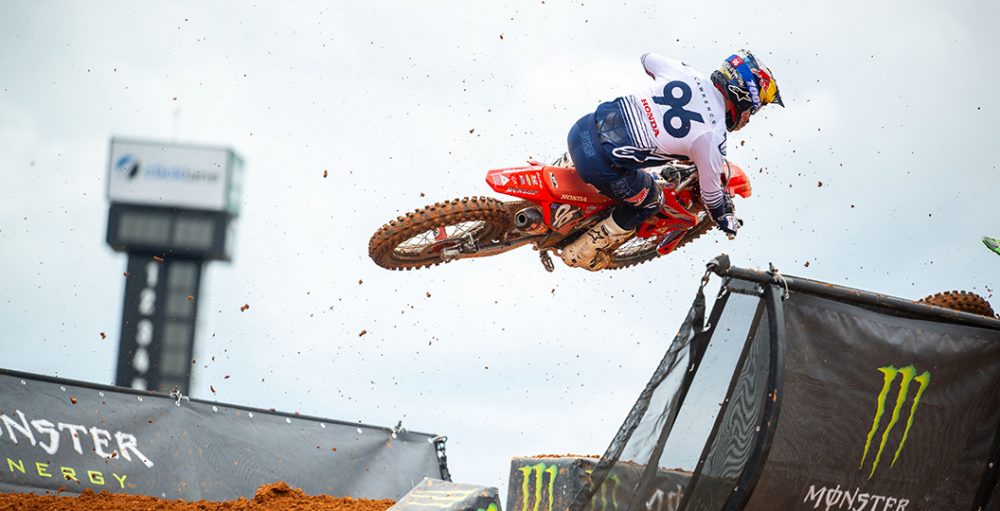 “Are you backing Christian Craig or Jett Lawrence?” That was the question that everyone was asked in the days leading up to the fourteenth round of the 2022 Monster Energy Supercross series, an event that featured the first 250SX East/West Showdown of the season. It was Honda HRC’s Hunter Lawrence who reigned supreme though and, funnily enough, he was relatively unchallenged en route to his third win of the term. Not only did he take yet another big trophy, he cut the deficit to Christian Craig to twenty-three points and ensured that he would have to work hard to clinch the title with a round to spare.

Hunter is often working away in the shadows, as Jett steals the limelight whenever the Lawrence family is mentioned. It’s forgotten that Hunter made his professional debut on a different continent, unlike Jett, and had an established career long before he landed in the United States. Hunter made six trips onto the Grand Prix podium, for instance, and won an MX2 moto before Jett had even gotten onto a bigger bike. Comparing the two is not as simple as most make it out to be. Shocker, that became a talking point during the post-race press conference at Atlanta Motor Speedway. The remarks that Hunter made after his victory have been transcribed below.

Press Conference: There is a lot of build-up for this race. It is fun for everybody, this 250SX East/West Showdown. You heard about that for a week or a month, so to be here and get the win… What did it feel like when you crossed the finish line?

Hunter Lawrence: Yeah, really good! Any time we win is cool. Everyone’s hearing about the East/West deal, like “who is going to win” and this and that. It is the same at any opening round or race after some controversy. It is not really anything that makes you change your approach. We just come here to race and that is just what I did. I got a good start and I ran away from there.

You have actually won two in a row, three this season, so are you starting to look back at that crash in the whoops at Anaheim 3 and think about how the title fight could be different? You are really coming on strong here.

Yeah, for sure. I think that I speak for everyone when I say that there are so many things that we would change to better us now and that’s just a part of it. It was a do-or-die position because Christian [Craig] was really strong in the whoops and I was doing everything that I could to stay with him to pressure him. Vince [Friese] was in third and quite a way back, so the easy thing would have been to settle for second. I was fighting for a win though – it sucked how it turned out. It is what it is. Christian has put the pieces of the puzzle together well; he is a strong guy and his starts have been awesome. You know, he has the red plate for a reason. I am just trying to learn stuff like that and be the best version of myself.

How have you been able to turn the page from a guy who was very new to supercross to winning races?

Yeah, I was not the same person in 2020. My body was so jacked up and 2021 was already way better. My body has just been getting better and better, health-wise. I was still so young in MXGP but I was pretty good. I came to America and the whole supercross thing was super new. I was super young and just green to it all. We have just been working hard, dude. It’s no different to our whole career. It is not a matter of if we can, it is just when we can. Our work ethic is second to none and the team that we have got around us is unbelievable. We love every one of our guys who we work with. It is cool putting those pieces in the puzzle. I am enjoying it, having fun and believing in myself even more now. When you are struggling with your health stuff and every time that you hit the ground, even if it is just a small crash, you break… You are so fragile that you start to doubt everything. All of that is out of the window now. We are running now, whereas we were crawling at the start of supercross.

There is not a huge age gap between you and Jett [Lawrence], like the Stewart brothers [James and Malcolm] who did not get to race each other that much. Jett is a bit younger though and seeing a certain level of success at that younger age. If you could go back in time, would you take his success at an earlier age or would you not trade it for the moments and memories that you have now?

I did not know that four years is a significant age gap – I would not say that it’s massive. I cannot change my path or what I did at his age, because if I could do that then Jett would not be here in America or have the success that he has had. I was more or less the guinea pig. It is actually common sense that Jett would have a bit more success than me, just because everything is set in place and the road has been paved. We know what not to do, what works and what does not to an extent. That’s probably why. I was still on the podium in MX2 class in MXGP when I was seventeen. It’s a little more out of the spotlight of American spectators, obviously, but yeah… I cannot say that I would change what I did. It would hinder one of us, if I said that I wanted to be the younger one and it is what it is. My family is good now, with everything that we scarified, so could not care less about who had more fame at a younger age. We are doing it together now and our family is in the best place that it has ever been.

You were out front, but could you kind of tell where Jett was and what was going on with him? Do you not know what is going on until you meet each other at the end? 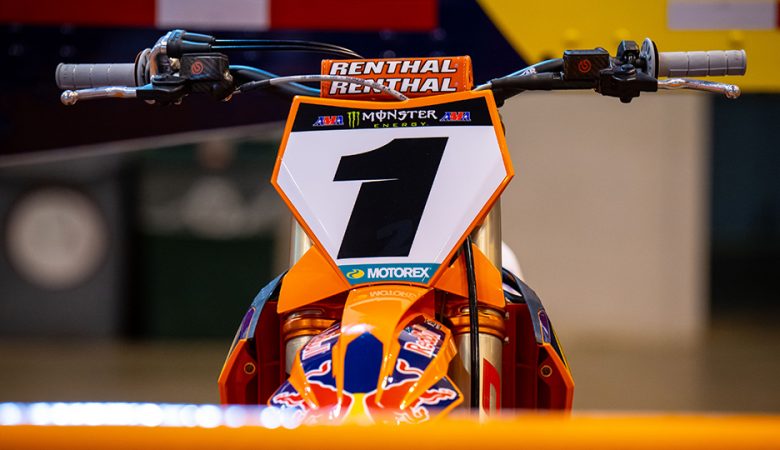