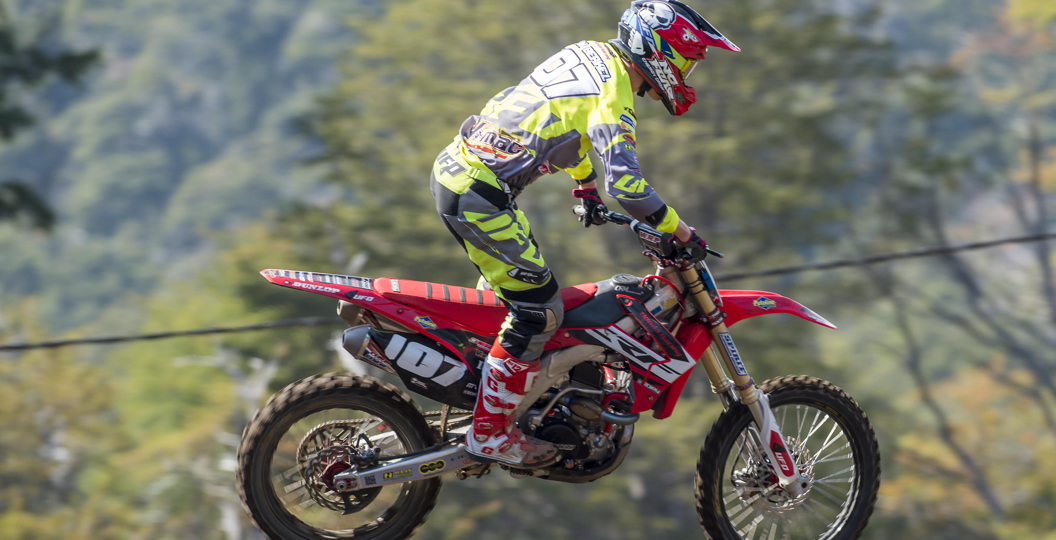 Following the devastating injuries that Chihiro Notsuka, who was contesting the FIM Motocross World Championship for the first time, sustained in Argentina, it became apparent that HRC would be left with some room beneath their awning.

The powers that be have sprung into action, however, and signed Lars Van Berkel to contest the next two rounds of the series as a full-factory rider. Van Berkel, who was racing for the Vamo Racing Honda team, finished twenty-seventh in the overall classification at the Grand Prix of Trentino and just missed out on the points in the two motos.

“It is a dream come true to ride for the Honda Racing Corporation team for the next two rounds,” Van Berkel stated in a press release. “I am going to make the best of it and try to show that I deserve the ride. I was riding for Vamo Honda this year and I am grateful that they have allowed me to take this opportunity. I have ridden a Honda for many years, so I know the bike well and it is a bike that I feel good on. Valkensward is a track I know fairly well, as it is a home race, so I am going to go there with my ‘A’ game. The most important thing for me is that I ride like I know I can.” he concluded.