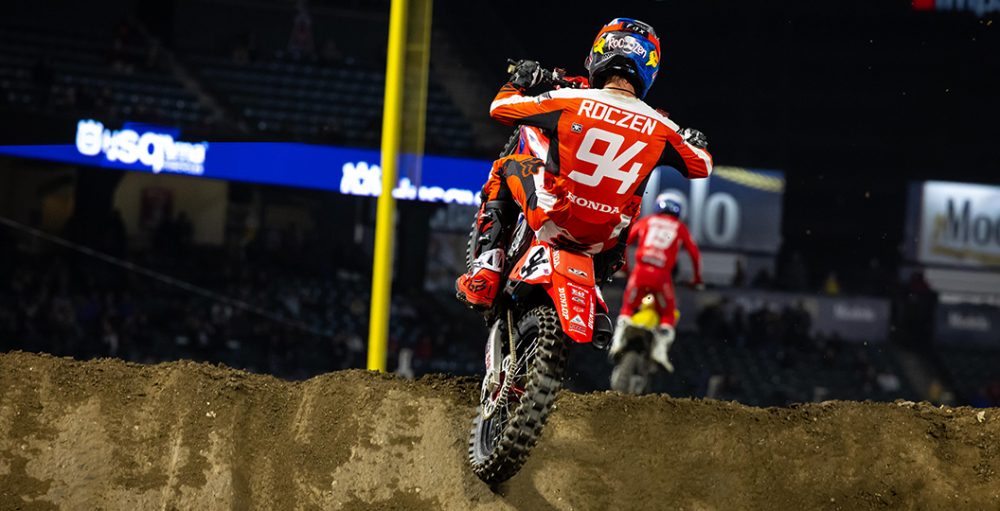 How To Watch: Glendale

2022 Monster Energy Supercross continues inside of State Farm Stadium on Saturday, February 05, and you can watch the action live, no matter where you are in the world. Glendale will be streamed live for international viewers on supercrosslive.tv. The title battle is exiting California for the first time this term, so the time difference is slightly more favourable. Exact timings can be found below. MX Vice will provide information on how to watch every round of 2022 Monster Energy Supercross before each event.

Glendale, Arizona, will host the first Triple Crown of 2022 Monster Energy Supercross and the first in 715 days, seeing as the format was put on pause during the pandemic. The action is going to come in thick and fast during the night show, so this is an event that is not to be missed. It seems as though someone could be about to take control of the 450SX title fight now as well – Glendale could prove to be a defining moment in the championship. Let’s go racing!

If you have any questions about the streaming service, or anything else at all, then contact us on social media (@motocrossvice on Twitter) and we will assist. MX Vice is on site at State Farm Stadium and at your service.