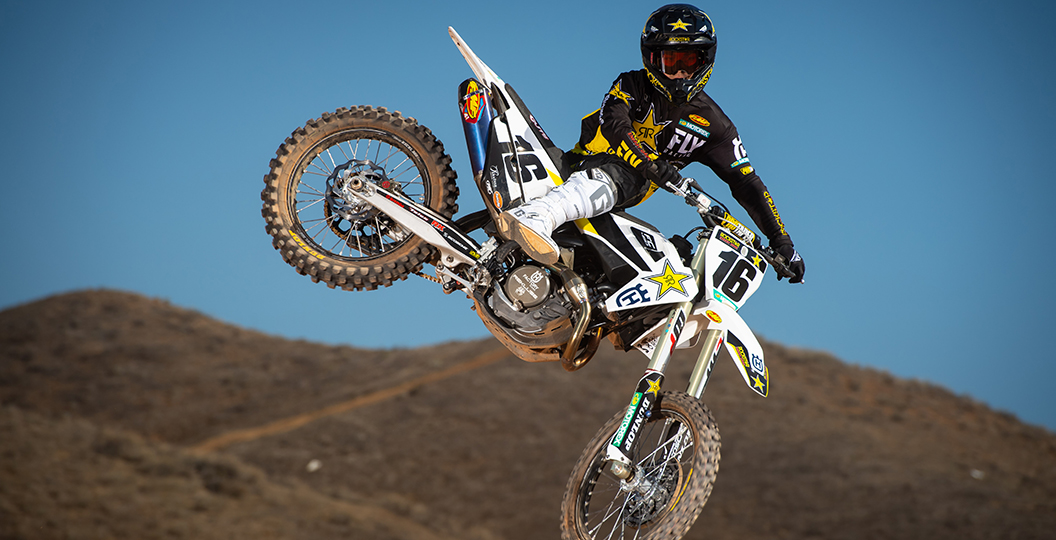 There is no point beating around the bush: This is not the most stacked Paris SX in recent memory. It would have been exciting to see Jason Anderson square up against Marvin Musquin, but now the latter is out with a knee injury and it seems as though there will not be much of a race for the win.

It would honestly be shocking if any of the remaining star riders, like Zach Osborne or Dylan Ferrandis, beat Jason Anderson straight up. Anderson is the reigning Monster Energy Supercross champion and should be judged as such. The track that is built in the La Défense arena, a venue that is playing host to the event for a second time, is obviously tighter than a typical round of the American series, so that then opens the door for a bad start to spoil things. Anderson is a great starter though and will be just fine. Prepare the fireworks for when he is crowned the King of Paris in two days!

The fight for the win may leave a little to be desired, but there are still going to be a lot of talking points to follow across the two days of racing. Zach Osborne will make his full-time debut aboard an FC 450 and offer a glimpse of where is at following the shoulder injury that he sustained in Lucas Oil Pro Motocross. It is just ludicrous to make too many assumptions off of an off-season event like this, but it does prompt interesting discussions. It will at least provide an idea of whether Osborne is close to where he needs to be or has lots of work to do. One would presume that he will be stood on the overall podium at the end of the weekend.

Justin Hill is in a similar position to Zach Osborne, although it may be even tougher to draw any conclusions from his rides. Hill was a very late addition to this event and will be riding a bike that is borrowed from Nico Aubin. It will have his parts, like suspension and bars, but it is still quite a big difference from what he has been pounding out laps on in the United States. Although that leaves him at a disadvantage, it will be quite interesting if he is just as flamboyant as he was when he first got on the RM-Z450 in Tampa in February. A lack of preparation and time to gel with his steed was not a problem on that day!

It is always interesting to hear just how many cheers these riders get at an off-season event. The European fans who pay for a ticket in Paris are obviously not as invested in a rider like Justin Hill or Weston Peick, so hearing how popular they are provides a look at just how effective the brand that they have created is on a global scale. Jason Anderson and Zach Osborne have obviously done enough where their results do the talking and prompt endless rounds of applause. Most forget that Weston Peick was the King of Lille not too long ago though, but that is exactly the point. Why do certain accomplishments just slip through the cracks?

Expecting Weston Peick to be just as good as that and fight for victories is a tad far-fetched, but he will be in the mix and undoubtedly the source of some entertainment. Justin Brayton and Dylan Ferrandis are the greatest wildcards, one could argue, as the former is always great in environments such as this and already has a lot of race time beneath his belt. It will be interesting to see where that seat time has left him at this point. Brayton will almost certainly grab a holeshot and give Jason Anderson fits, so is therefore a safe bet for second overall. It would be quite shocking if he fails to land on the podium.

What about Dylan Ferrandis? Ferrandis always seems to be quite spunky at this race. Who could forget the quad that he did on a KX250F three years ago? A YZ450F is his weapon of choice this time around and that means he must get accustomed to it quite quickly, but there is no doubt that he will put himself in a handful of good positions and give the crowd something to cheer about. Will that translate into noteworthy results? Perhaps. A podium is certainly likely. It would really be quite the shock if he manages to clinch a win though. The French do not have much to cheer about at this edition of the Paris SX! Hey, at least the SX2 trophy is probably going to go home with a Frenchman.