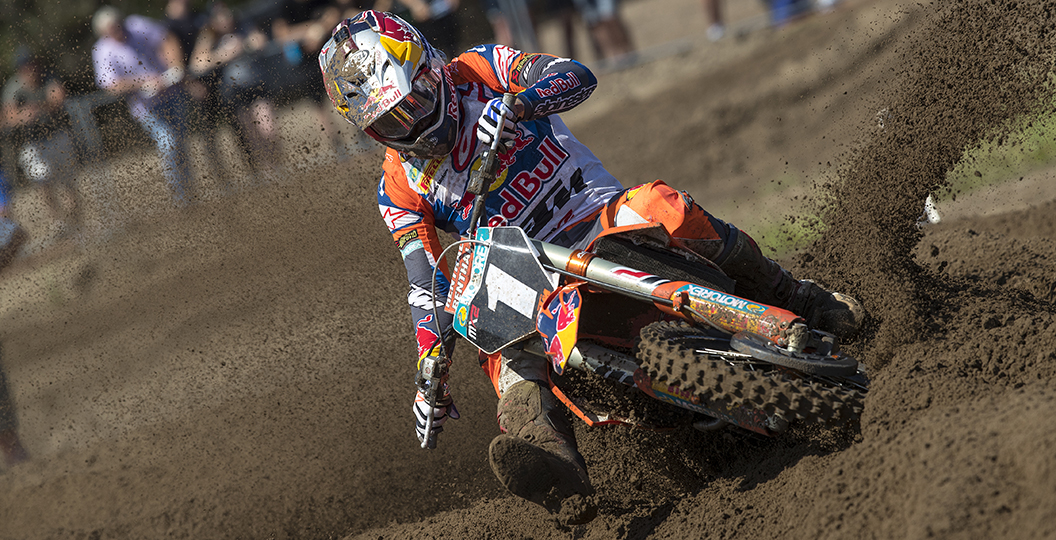 There are always plenty of talking points at this time of year, as battles in the championship standings intensify as well as negotiations away from the race track. It is the latter that will dominate headlines this weekend. It was not too long ago that a majority of contracts were signed by this point in the season, but instead discussions about next year continue to rage on.

There are some moves that are known, despite the fact that an official announcement has not been set in stone just yet. Pauls Jonass has mentioned countless times that he is eager to move into the premier class next year, hence why Glenn Coldenhoff has already confirmed that he will be moving on from the factory awning, so that means this is his final shot at taking a title in the MX2 class. Is that additional pressure that is playing on his mind? Jonass has said that he is not even thinking about next season, seeing as he does not need to worry about finding a deal, but moving on as a current champion would obviously be sweeter.

Twenty-eight points is the deficit that Pauls Jonass currently faces to Jorge Prado. The pair were tied just two rounds ago, almost unbelievably, so things have certainly spiralled out of control. It has not exactly been his fault though, because poor luck has been a factor. A freak incident with a backmarker cost him in moto one at Lommel and then his concentration was knocked when Brent Van Doninck leapt into the gate ahead of moto two. There were then problems with blisters, which really could have happened to any rider in the class, and that restricted him to sixth at the chequered flag. These things just seem to keep happening to him.

The Grand Prix of Switzerland just has to be a turning point for Jonass. If he loses another couple of points to his rival, then he would have to overcome a deficit of thirty points or more in just eight motos. It certainly sounds like a tall order. If he can start chipping away this weekend, then he will carry momentum into the following events at Sevlievo and Afyonkarahisar. Those hard-pack tracks favour him, instead of Jorge Prado, not that recent results give that impression. There is no doubt that he has already made note of that and perhaps that will help him to extract some confidence heading into the upcoming three-week span. Everything is going to be so much clearer at the end of that run.

It would help Jonass a lot if his competitors, like Ben Watson and Jago Geerts, can steal points from Prado. The Kemea Yamaha pilots have shown flashes of brilliance at points and will be armed with new machinery at the Grand Prix of Switzerland. Much like Arnaud Tonus with the YZ450F last year, Yamaha have granted both riders the opportunity to jump aboard the all-new 2019 YZ250F early. Will that provide them with a boost? It is not like either guy needs an extra push, but it will be interesting to see if their results change. A lot of riders have benefitted from mid-season switches like this in the past.

There is one point that will be intriguing to watch in the premier division. The ongoing fight between Jeffrey Herlings and Antonio Cairoli will be superb, but what about those riders who need to get out of a slump? Gautier Paulin is now alone in sixth in the points and has finished in the top five once in the last eight motos. There has been an element of bad luck that has held him back, but there is no doubt that most are waiting for him to make a leap forward. The fact that it has been confirmed that he will lead Team France into action will only add to the amount of attention that his results are going to receive.

One would presume that Frauenfeld-Gachnang would suit Paulin, seeing as he tends to thrive on a jump-laden circuit and has a home in Switzerland, and that is indeed the case. Aside from an eleventh in moto two twenty-four months ago, he has not dropped outside of the top four and finished second in two of the four motos that have been run at the venue. Could this be the weekend that he silences some doubters? There is pressure from the MXoN drama, as well as those who just want to see him hit the level that he was at earlier in the year, but then additionally he is searching for a new deal for next year. There is so much going on in his camp currently.