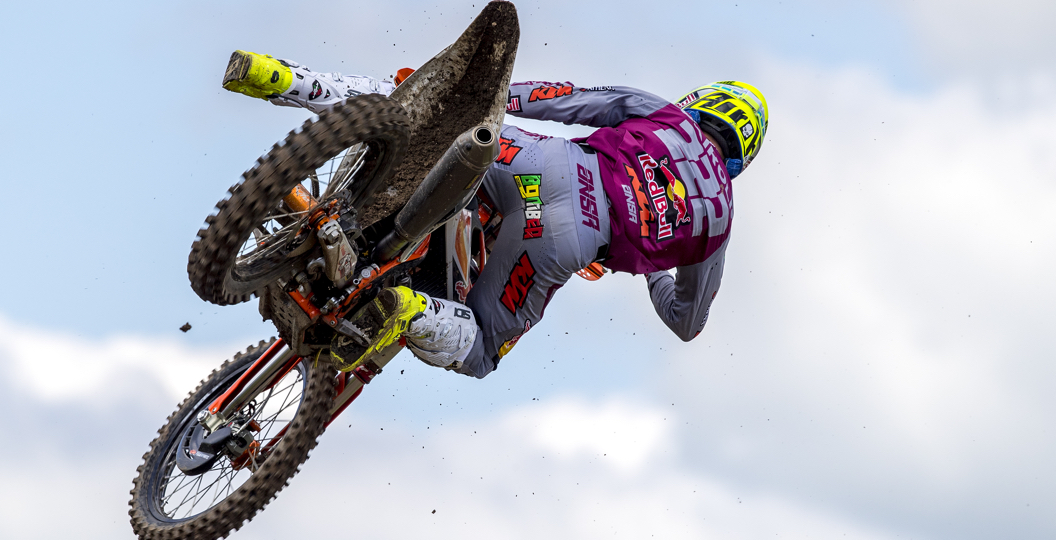 There is a lot to dissect on the eve of the Grand Prix of France, the tenth round of the current term, which is not exactly shocking. The previous round in Great Britain provided plenty of talking points and ensured that the hype surrounding the FIM Motocross World Championship is at an all-time high as the halfway point is approached.

All eyes are going to be on the Red Bull KTM stablemates, Jeffrey Herlings and Antonio Cairoli, on Sunday, which has been the case since the first gate drop back in March. There are some additional layers to this intriguing title fight now though, following an intense duel on British soil that ended with the latter on the ground. Is there going to be retaliation? No, not at all, although the pair may not be as reserved as they have been when it comes to aggressive moves. It is unlikely that there will be anything that crosses the line though, unless there is another racing incident that leads to contact. The common conception is that the previous collision should get filed under that category.

Eyebrows were raised when Antonio Cairoli opted to not shake hands with Jeffrey Herlings following the second moto, which was the one where no contact was made, so it will be interesting to see how their relationship develops moving forward. Herlings even stated in our exclusive interview that a little bit of respect has been lost. This is probably not going to lead to any fireworks, because the pair are too wise to fall into that trap, but those with a keen eye may spot some differences. Cairoli has been very positive thus far and it must be getting tough to maintain that. There is no denying the fact that he needs to win a Grand Prix as soon as possible.

Standing atop the box for the second time this season could prove to be difficult for Antonio Cairoli though. Cairoli tweaked his knee at some point at the Grand Prix of Great Britain and, although an official update has not been released, it is known that he went to get it evaluated the day after the event. It supposedly feels better now and he even tested a Formula 1 car on Wednesday, so he is obviously not too concerned. It is unlikely that it is going to be anything that holds him back in the coming weeks, unless he catches it in a rut and then aggravates it further. St. Jean d’Angely is typically rock hard and not too treacherous anyway.

Antonio Cairoli has been mentioned much more than Jeffrey Herlings in this, a piece that focusses on some hot topics of discussion, but why is that? The ball is well and truly in his court. Herlings has made it quite clear what he can and will continue to do in the coming weeks, so fans across the globe are now waiting to see whether Cairoli can respond to those advances. It is an odd one to evaluate actually, because he may be further away from defeating the current series leader than the results indicate. The gap between the pair was just one measly second in the final encounter last weekend, but what would have happened if they started together?

A similar title fight is raging on in the MX2 category, thanks to those incredible races that Pauls Jonass and Jorge Prado are piecing together. This is going to be a big weekend for the latter, who needs to capitalise and steal points in the championship. Prado has clearly had the speed to defeat his rival at the previous three rounds, with the exception of the second moto in Great Britain, but has actually given up four points through that period. Although that may not seem like a massive number, three opportunities to cut the deficit down to around ten points have been missed. How many times is he going to get a chance like that?

St. Jean d’Angely should favour Jorge Prado, although Pauls Jonass was the winner at the French event last year, so he could reverse the damage that was done at Matterley Basin. Even if that does happen though, Jonass can reflect on the previous two events in a positive manner. Nothing would have been gained or lost through that period and that is all he really cares about at the moment. If there are no significant swings over the next ten days, Jonass is just going to ooze confidence and that is going to make it trickier for Prado to have an impact. Anything can happen, of course, but it is hardly ideal to rely on a freak incident.

Although the various title fights will hog headlines yet again, there is so much more going on. Can Gautier Paulin rebound in front of his home crowd? Can Ben Watson edge closer to his maiden moto win? Will any premier-class riders inch closer to the top two? Is Conrad Mewse ever going to return to the top five? Can Romain Febvre reel off consecutive podium finishes for the first time in two years? Is Hunter Lawrence going to be a factor for race wins moving forward? The list could go on and on, as there is no shortage of action in the FIM Motocross World Championship.