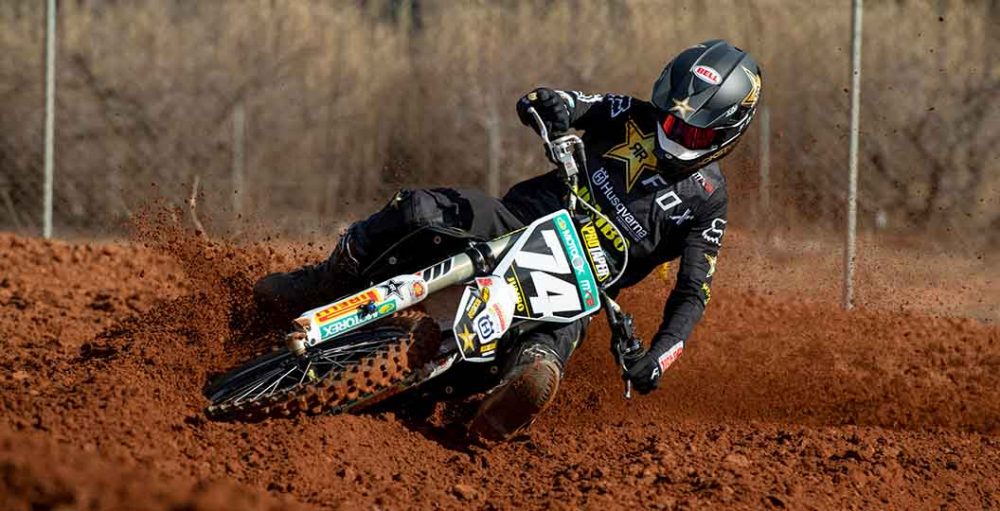 The 2021 FIM Motocross World Championship begins in a little over 24 hours. Yes, it is now that close. The return of the Grand Prix series also means that MX Manager is back! The game features many changes this time around, all of which are detailed elsewhere on MX Vice, and those mean that the need for this weekly column is heightened. A helping hand is welcomed with the new pricing structure! A couple of picks of note are outlined here.

Remember that you cannot pick the same riders two rounds in a row on MX Manager this term, so it is very important to think ahead when making a selection for the current race. Save Ben Watson for round two in Great Britain, for instance, as it is highly likely that he will be better there than at Orlyonok. The budget for each team is ten million as well and the elite guys are less attractive, so it is important to peruse the guys further down the order like those below.

Henry Jacobi is stronger than most are giving him credit for. Heck, he started the season inside of the top ten a year ago! Hard-pack soil is where he shines as well, so there are a lot of positives to pull when trying to make a case for putting him onto an MX Manager squad. Here is a sneaky combination: Jorge Prado and Henry Jacobi would make a pretty strong team, especially if the former can hit the maximum. It is something to think about.

Stacking up a lot of cheaper riders is a strong move and the safest way to go, but a small team could prosper. Jacobi is a solid bet for a top-fifteen finish in Russia though, so he is a good choice no matter which strategy is in play. The same could be said for Kevin Strijbos, actually, who sits at the same price tag and really shocked the world at the Crisolles event in France a couple of weeks ago. Calvin Vlaanderen is another good pick at the same cost.

Alessandro Lupino was quite close to retirement at the conclusion of the previous series but ending up inking a deal with MRT KTM and securing another term at the highest level. Amazingly, despite all of that, it feels as though Lupino has reached another level. There is no denying the fact that his speed in the United States was impressive, and that momentum should pay dividends seeing as those who he typically battles with are coming in cold in comparison.

It would not surprise me in the slightest if Russia is the best race that Lupino has all year. I certainly do not anticipate him doing better at the Grand Prix of Great Britain, especially seeing as a few guys will return for that race, so it is worth striking now whilst his price is low. How well could he actually do in Russia? It would not surprise me to see him in tenth or eleventh, which would be incredible value with that price tag. Lupino has to be considered!

Kay de Wolf is very underrated going into the 2021 FIM Motocross World Championship, despite being tipped as a rising star for years now. Additionally, he is in a very solid spot at Rockstar Energy Husqvarna Factory Racing MX2 and has been strong at the pre-season races in Sweden and France. Why is it that his moto wins against factory guys like Rene Hofer and Isak Gifting are being dismissed? The point is that he could surprise this term and maybe even this weekend.

The problem is that he is going to occupy just under half of your budget at his current price, so he needs to perform. Simple. Is it worth waiting a week or two to see how he handles the pressure of racing at the very highest level? Maybe. The counterpoint to that would be that not many people will select him for the Grand Prix of Russia, so if he scores well then it would be a massive win for your team. Winners take risks! Dropping a bit more money for Gifting could be a wise move too.

Stephen Rubini should be an automatic pick at this price, but there has to be some uncertainty about his conditioning in the two gruelling 30-minute races. Rubini broke a vertebra and did a bit of damage to the nerves in his right shoulder in the middle of March, then jumped back onto the bike a month ago. That is not much time to recover from those significant injuries, let alone the fact that he could not do much in the two months he was off.

The fact remains that Rubini can slot in between fifth and tenth easily when healthy, especially on a surface similar to that of Orlyonok. How can you decide whether to pull the pin and sign him? Watch timed qualifying to see how his speed is, of course, but also take a look at how many laps he completes in succession. That will tell the story. If he does just as many laps as his competitors, he is clearly not concerned about his situation. If he does the bare minimum, however, then limping through the day is obviously a priority.

It is early, and this is subject to change, but I have five riders signed up for the first round. I have Jan Pancar as my lone ranger in MX2, because of his prowess on hard-pack soil. Kevin Strijbos, Henry Jacobi, Vsevolod Brylyakov and Alessandro Lupino will then represent my squad (Lewis Phillips is the super original name of my team) in the premier division. I am going to spread my money across multiple guys for Orlyonok and hope something sticks. Game on!