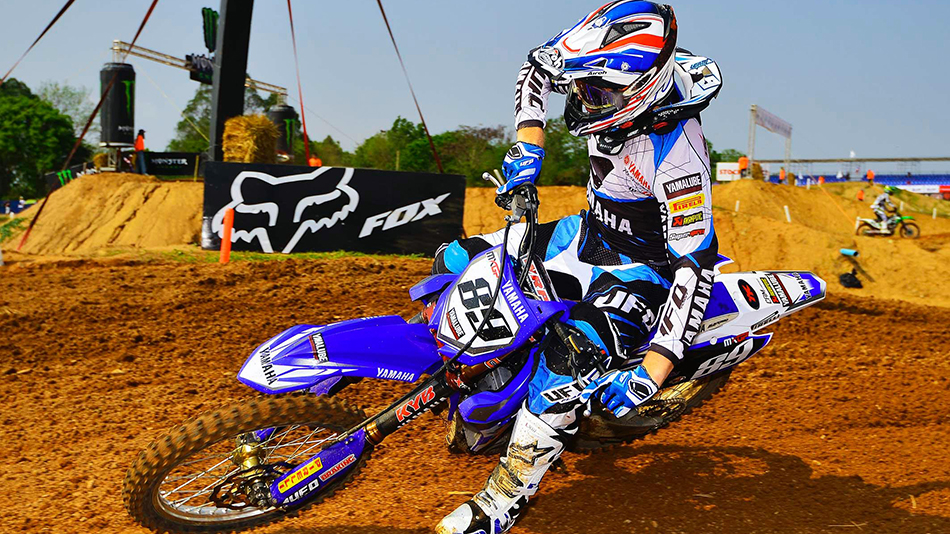 Hot and Cold: GP of Thailand

The FIM Motocross World Championship travelled to the relatively new GP of Thailand this past weekend, for round two of the title fight. Of course, conditions were quite different to what we saw in Qatar one week earlier. With that in mind, the results were turned on their head a bit. So, let’s take a look at the riders that excelled, and those that struggled.

Jeffrey Herlings: Following Qatar, a couple of people felt that they could see cracks in Jeffrey Herlings’ armour, as he was not as dominant as he has been in the past. However, he proved that he is still undoubtedly the best in Si Racha, as he dominated, despite not giving it his all. Jeffrey admitted to being conservative in an attempt to ensure he did not fade in the heat. It was a wise move; evidently; he didn’t tire at all and could push until the end, which was how he broke Max Anstie in race two.

Jeffrey now has a twenty-point lead, which is obviously brilliant at this stage in the series. It doesn’t look like anyone is going to be able to challenge him for the championship, but that was a foregone conclusion, right? I would not be surprised at all, if he goes on a lengthy win streak now.

Antonio Cairoli: Honestly, you could just copy and paste what I said about Herlings into this portion of the article, as the same rings true for Antonio Cairoli. Although the Sicilian has to contend with an ankle injury currently, I expected him to be winning races immediately – he rarely lets injuries such as this hinder his performance. Although he was not his usual self at the opening round, he served a notice to his competitors in Thailand that no one is going to rip the world title from his grasp. Antonio has a healthy advantage now, also, as Max Nagl is sixteen points down in the standings.

Glenn Coldenhoff: Glenn Coldenhoff was tipped to achieve great things this year by a lot of people. The Dutchman has lived up to the hype thus far; he has been a consistent threat for podium positions. In Thailand, he had a solid showing, but seemed to tire late in the second moto, which was to be expected following a difficult first race. Glenn still garnered a fourth, which was enough to secure him second overall. Honestly he really wasn’t too much slower than Anstie, so he could surprise a few people and inch closer to Herlings in the future.

Jeremy van Horebeek: Jeremy van Horebeek, and the Yamaha Factory Racing crew, had a lot to celebrate at the GP of Thailand. Although third overall might seem fairly average, for a top tier team, this was the first podium for the squad since the first round in 2012, surprisingly. This was also the first MX1 overall podium for the Belgian, so they all left the race happy. Van Horebeek had a brilliant ride, which indicates that he is going to be a consistent podium threat for the remainder of the year.

David Philippaerts: The 2014 FIM Motocross World Championship was always going to be difficult for David Philippaerts, as he has setup the new DP19 Racing Yamaha squad. I am sure that it would help his team tremendously if he could garner some good results, which would entice some new sponsors. However, he has struggled on-track thus far; he has not yet been in the top ten. The Italian was hindered by mechanical problems in Thailand, despite the fact that he does have factory equipment on his bike.

Tommy Searle: Unfortunately, the injury bug has bitten Tommy Searle, as he crashed on the huge double in the first MX1 moto. Due to some customs problems, the teams were running higher-octane fuel, which caused problems for a lot of riders, as their bikes were cutting out. Well this is what happened to Tommy, but on the face of that big jump, which obviously had disastrous consequences, as he has sustained a broken wrist. The CLS Kawasaki rider is going to have surgery today to stabilise the bones; he will then begin the recovery process.

Steven Frossard: Following Qatar, I was very excited to see how the rest of the season was going to play out for Steven Frossard. But, he seemingly struggled in the heat, as he scored just nine points on the day, which has relegated him to eighth in the standings. Unfortunately, the fuel was an issue for him too; the Kawasaki’s really struggled. Steven will be much more comfortable in the future, and should be in the mix battling for the podium positions. But, the Frenchman will have to rebound from this immediately, as he now has a lot of ground to make up on his rivals.

Luke Styke: I was very interested to see how Luke Styke was going to fare this year in the MX2 class, as I have followed him in recent years, and am aware of his potential. Luke has had a rough go of it thus far, as he has not scored a single point. In my opinion, he will be a consistent top ten threat soon; he certainly has the speed and ability required. In Qatar, he was struggling with a viral infection; this was still an issue in Thailand. Luke also struggled with the fuel, too.

Christophe Charlier: Christophe Charlier was one of the riders tipped to challenge Jeffrey Herlings this year, as he was one of the strongest riders in 2013. But, he has not achieved the type of results expected of him so far – his best finish is a ninth. At Si Racha, he had a tenth in moto one, and then pulled out of moto two with what seemed to be mechanical issue (potentially fuel related). The Frenchman is thirteenth in the standings, and has a lot of work to do.