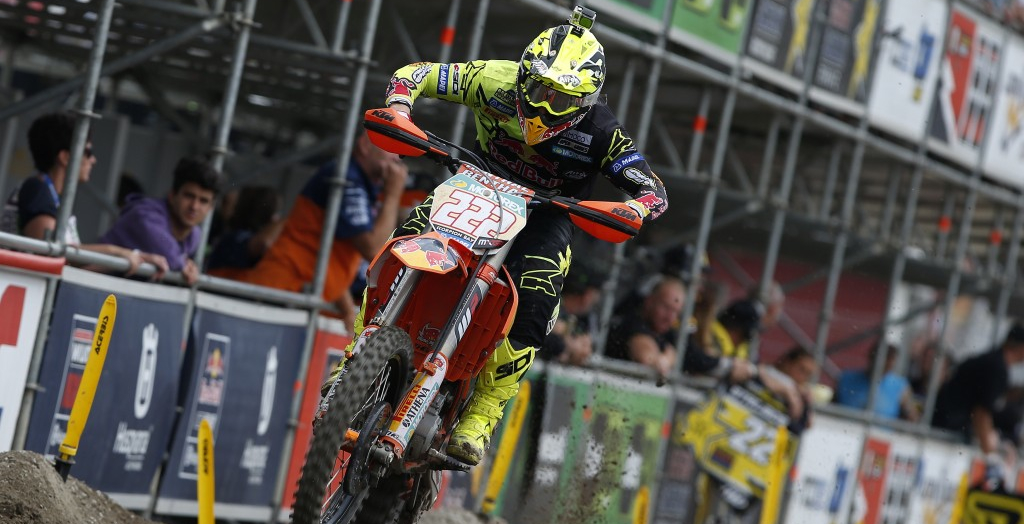 Hot and Cold: GP of Sweden

The recently renovated circuit of Uddevalla hosted the twelve round of the FIM Motocross World Championship this past weekend, and once again some intriguing results emerged from the two premier classes. Although the Swedish GP was kind to some, others were not so fortunate.

Antonio Cairoli: Uddevalla was rough, rutted and demanding. So, with that in mind, is it really surprising that Antonio Cairoli dominated? It is in conditions such as this that the Sicilian really thrives. However, once again, he did not win by an unbelievable margin; he did what he had to do, and nothing more, which has been a common occurrence thus far this year. It is that smart attitude that has helped him claim so many world titles, and will more than likely help him claim his eighth crown at the end of the year, as he has a comfortable forty-five point lead over Jeremy van Horebeek in the standings. It doesn’t look like anyone will be able to beat him this year, which is a shame – parity is great for the sport.

Kevin Strijbos: Kevin Strijbos is certainly the most underrated rider in the MXGP class, I believe; he has quietly had a superb season, and done what is expected of him as the second guy on the Rockstar Energy Suzuki team. Kevin is eighty points down on third in the standings and one-hundred and twenty-three up on fifth, strangely, but the lack of any real fight in the championship standings doesn’t seem to have hindered him. If anything, some pressure may have been lifted and he may now thrive. Strijbos undoubtedly wants a moto win in the coming weeks, as he has not won one since 2012, when he was on a KTM UK machine. The Belgian’s capable, but he doesn’t seem to put himself in a position to win often enough.


Jeffrey Herlings: You may have noticed that Jeffrey Herlings has not been included in this column recently, because I have simply run out of things to say about him. What more can you say about a rider that has won the last twenty-six GPs that he has contested? We all know that he is great, and the fact that he’s so dominant is not surprising in the slightest, hence why some believe he should be pushed up to the premier MXGP class. We won’t get into that here though. Herlings led every lap in Sweden and won each moto by more than forty seconds, so yeah, it was a good day for him.

Jordi Tixier: Jordi Tixier seems to have gotten out of the slump that he was in at the beginning of the season; he has recaptured his position as the second best rider in the class (thanks in part to Arnaud Tonus’ injury) and seems to be much more confident in himself. Jordi stated in the press conference that he will not be on a Red Bull KTM in 2015, which is hardly surprising. CLS Kawasaki is reportedly where he will land. I believe that Jordi is in a similar spot to what Jeremy van Horebeek was in last year; he is probably a bit fed up of living in Herlings’ shadow, and would like to be the number one rider on a team, which he will be, no matter where he lands.

Clement Desalle: Clement Desalle just cannot catch a break, can he? Admittedly, some of the incidents that have cost him a shot at the MXGP title have been his fault, but the first turn crash that claimed him in moto two at Uddevalla was just a racing incident. Perhaps he should have backed off a little sooner? I can see why people think that, but someone may have swept across last minute or been forced to brake uncharacteristically. It is in the past now, and although his title hopes have diminished, he must be happy that there are no broken bones (according to initial scans). I expect to see a subdued Clement Desalle in Finland, if he makes it to the starting line.

Dean Ferris: I honestly did not expect Dean Ferris’ MXGP debut to go too well, he actually exceeded my expectations on the Saturday. However, a handful of mistakes in the two points paying motos cost him, as he captured a disappointing eighteenth overall. Dean is obviously much better than this, and will be inside of the top ten in the coming weeks. However, with just three more rounds to prove his worth to the MXGP teams, he will have to improve drastically. It will be most interesting to see how he reacts to that pressure.

Luke Styke: When it was announced that Luke Styke would be competing in the MX2 series this year, I was quite excited to see what the Australian is capable of. Unfortunately he has not performed as expected though, as an eleventh in a moto is his season best result. In Sweden he garnered a measly two points, after a DNF in the first moto. He just couldn’t capitalise on some good starts, which is quite disappointing – that was his time to shine! I really hope that a team takes a chance on him again next year, because he should be poised to become a consistent top ten finisher. I believe that he will have to garner some better finishes in order to be given that chance though.

Mel Pocock: Despite the fact that he has been faultless in our domestic series, Mel Pocock has had a rough go of it in the FIM Motocross World Championship thus far this year. The Swedish GP was no better for him, as he garnered five points over the two motos. Mel was dealing with some sore ribs yesterday, following a fall on Saturday, so the fact that he pushed through the pain barrier is commendable. In the second moto Mel had a near-miss, which spooked him a little bit and pushed him outside of the top twenty. Better days are ahead for Pocock!