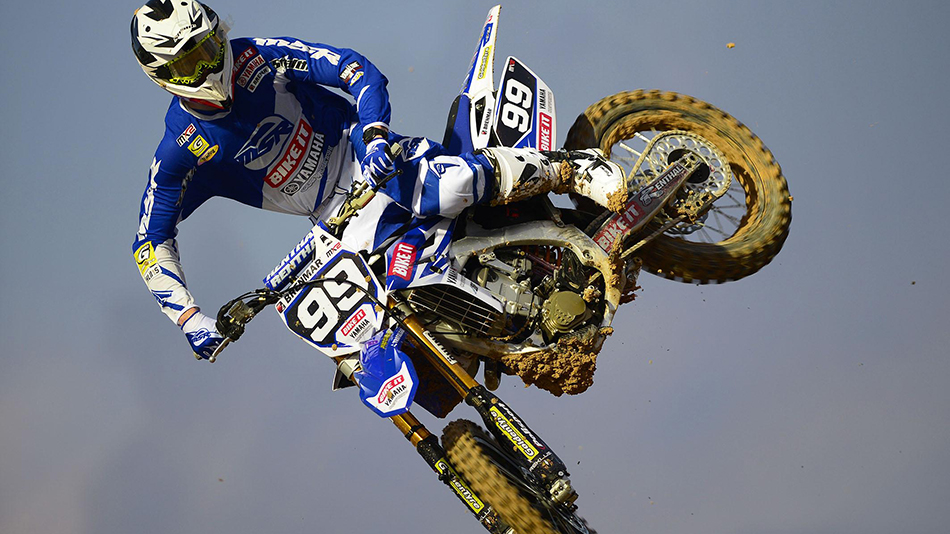 Hot and Cold: GP of Qatar

Finally, the 2014 FIM Motocross World Championship has begun, and in the best possible way, as we were privy to some brilliant racing at round one on Saturday night. The opening round is always unique, as some riders struggle with nerves and arm pump, whilst others thrive beneath the spotlight.

Of course, in ‘Hot and Cold’ we like to take a look at the riders at each end of the spectrum; the ones that struggled, and those that enjoyed some success. So, without further ado, let’s take a look at how a handful of riders fared over in Qatar this past weekend.

Dylan Ferrandis: I have rated Ferrandis highly for quite some time now, as I feel he has all of the pieces of the puzzle required in order to succeed. However, Dylan has struggled to put it together in the past, aside from the odd race. On Saturday night he seemed more confident, in my opinion, and this translated into strong results, including a moto victory! Although the Frenchman had to deal with pressure for the duration of moto one, he was unfazed – he did just enough to hand him that elusive win.

Perhaps the excitement and pressure of the situation caught up to Dylan in moto two, as he struggled to record the same sort of ride, but it was solid nonetheless, as he ended up sixth, which was enough for him to claim second overall. Of course, this is a good start to the year for Ferrandis – he also beat out his more established teammates in his CLS Kawasaki debut.

Romain Febvre: The unique circuit of Losail has been kind to Romain Febvre; he has climbed up onto the overall podium at the GP the last two years. Admittedly, his performance wasn’t as impressive as his ride last year, but it was a solid start to his year, and a brilliant result for the Wilvo Nestaan Husqvarna outfit. It will be interesting to see if Febvre can replicate these results throughout the year, as he seemed capable of doing that last year before an injury struck him down.

Max Anstie: Okay, let’s take the positives from the day that Max Anstie had. Although it ended up being a disaster, as he has just four measly points to his name, he showed that he has the speed to contend for victories, which is something that we had not seen from him prior to the Qatari GP. Hopefully these mechanical issues have not affected his confidence, and Max can replicate this form in the coming weeks. It could be a very good year for the rider that has failed to fulfill his potential, in the eyes of most.

Monster Energy Kawasaki: Obviously, we are all aware that the Red Bull KTM team is an unstoppable force in both classes. However, they may have their hands full with the Monster Energy Kawasaki team in the MX1 class, as their pairing (Gautier Paulin and Steven Frossard) are on top-form, evidently. Although Paulin took the overall victory, I was more impressed with Frossard, as he seems to be back to one-hundred-percent, which is great to see, as he showed flashes of his former self. Hopefully Frossard can avoid getting injured this year, so that he can continue to rebuild, and we get to really see what he is capable of.

Of course, the guest MX2 rider on the team, Thomas Covington, had a superb showing in the second moto, also. Like Frossard, Covington was one of the riders that impressed me the most at the GP of Qatar. Unfortunately, his time in the FIM Motocross World Championship will be limited, but I am still really looking forward to seeing what he can do in the coming weeks.

Max Nagl: Honestly, I was starting to doubt whether Max Nagl would ever return to the top step, as he seemed to lose something last year. However, he has seemingly managed to overcome all of the health and bike issues that he had to contend with in 2013, as he took a commanding win in the opening moto at the GP of Qatar. Like Ferrandis, Nagl was an unlikely victor, but it was great to start the year with some unpredictable action! In the second moto, Max had another strong ride for fourth, which was enough for second overall on the day.

Now, whether he will be able to continue on this path and establish himself as a title contender remains to be seen. I will have to see a few more rounds before I make a judgment. But, the early signs are promising; it could be a great year for Max and the HRC team.

Clement Desalle: Now, as far as bad days go, this was not disastrous for Clement Desalle. However, if he wants to challenge Antonio Cairoli for the MXGP title, he needs to be on the podium each week. Desalle will get stronger at each round, as he is still recovering from his shoulder injury, surprisingly, but he needs to get back up front this weekend in Thailand, before it is too late.

Rui Goncalves: Honestly, I expected to see a lot more from Rui Goncalves. Sure, the class is stacked, and he got a late start with the BikeIt Cosworth Yamaha team, but he should be a top ten threat each week – I see no reason why the Portuguese pilot should not be beating Joel Roelants (the rider that finished tenth overall). In both motos Rui got a bad start, and didn’t make any progress at all, really, which is a result of the stacked field – you can’t give anyone an advantage! Goncalves was also battling the flu, so the situation was not ideal for him.

Julien Lieber: I have been on the Julien Lieber bandwagon for a while now, as I believe that he has a lot of unearthed potential – the speed is clearly there. Now, don’t get me wrong, I do not think that he is going to win, but I think he could mix it up in the top five. However, in order to do that he needs to stop crashing; silly mistakes cost him again in Qatar. Overall, an eighteenth and a thirteenth is not what is required of a factory rider. But, he can find comfort in the fact that he is more than capable of finishing in the top ten.

Alessandro Lupino: Alessandro Lupino is one of the riders that I was expecting to see step it up this year, and become a consistent podium contender. However, he had one of his worst rides in quite a while on Saturday night, as he finished down in fourteenth overall. Admittedly, there were some reasons for this. In the first moto, Lupino fell early on and then struggled to move forward through the pack, as it was quite one-lined (this was a common complaint). Strangely, he then got sick in between the two motos, and struggled with cramps in the final race.

Jordi Tixier: In 2013, Jordi Tixier struggled at the opening round, because the pressure got to him, he admitted this. However, he also stated that he was in a much better frame of mind this year, and would be able to fight for the podium positions straight away. However, it didn’t turn out that way, as he finished eighth overall following two sevenths. Tixier stated that he just didn’t feel comfortable out there, which was quite clear, as he made a handful of mistakes which hindered him in the results.