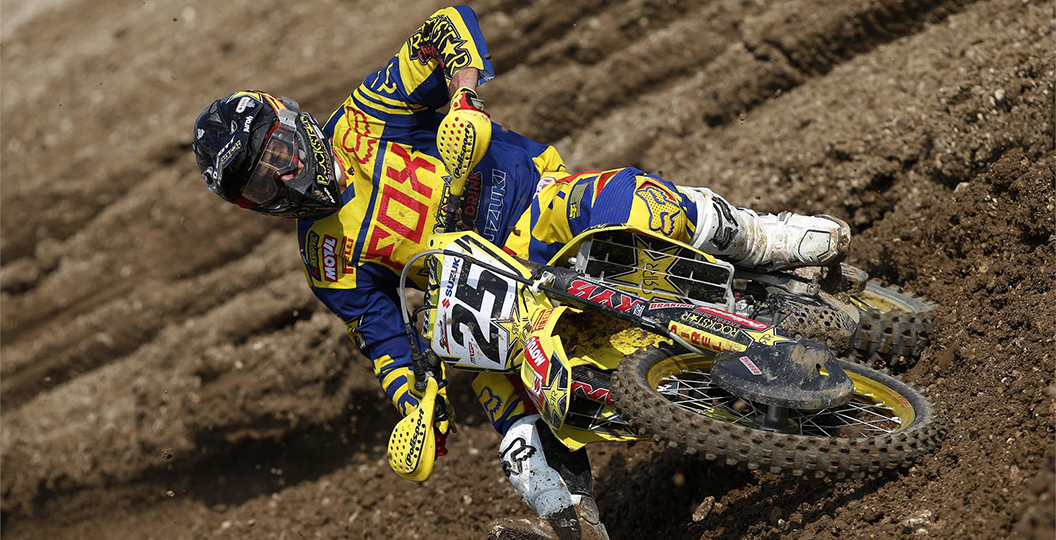 Hot and Cold: GP of France

St Jean d’Angely in France hosted another explosive round of the FIM Motocross World Championship, as there was some great racing and unexpected results. Although the slick, hard-pack hillside is notorious for being tough to pass on, it played host to one of the greatest rounds that we have seen thus far this year. However, some guys struggled, whilst others thrived – we take a look at all of this in Hot and Cold. [Editor Note: Obviously Jeffrey Herlings should be in ‘Hot’, but what more can we say at this point? So, yeah, we decided to put the spotlight on another deserving rider.]

Clement Desalle: Well this is getting exciting, isn’t it? This victory was a big one for the reserved Belgian, as he now has all of the momentum on his side, which will prove to be pivotal in the coming weeks, because as we know, his mentality is often indicative of how he will perform. Was he the fastest rider at St Jean d’Angely? No, probably not. But, he was just as fast more often than not. You could tell how important the win was to Desalle, as he was unusually talkative after the race.

With just twenty points separating Clement from Antonio Cairoli, the race really is on – the title fight is much closer than it was in 2013. In fact, Desalle was eighty three points down in third after the ninth round last year! If he is going to make a run at this championship, he has to improve his starts. Although they were good in France, Toni started ahead of him both times, which obviously isn’t ideal.

Jeremy van Horebeek: The British GP was a disappointing one for Jeremy van Horebeek (now that we have all altered our expectations of him), and he also struggled to latch onto the top two in the first moto at St Jean d’Angely. I was a little worried at that point, as it seemed like he may have lost some speed and momentum (despite the fact that he was third in all of those races). But he rebounded in the final moto, as he was just one measly second down on the eventual winner. So it seems that his first MXGP win is just around the corner, still, which is an exciting prospect.

Steven Frossard: Steven Frossard has found another gear in recent weeks, strangely. Obviously, we all know that he has the speed to contend for wins, but that has rarely turned into good results. However, Frossard has made a step in the right direction at the last two rounds, as he has been a consistent top five finisher and he has kept the Monster Energy Kawasaki on two wheels, which is most important. Although a sixth and a fourth does not seem like much on paper, it bodes well for the future.

Jordi Tixier: The 2014 FIM Motocross World Championship has been a difficult one for Jordi Tixier. Although he has a couple of podium finishes to his name, he hasn’t met the expectations that we all had of him. However, the fact that Jordi landed on the box at his home GP will give him some confidence moving forward, which is important. Like Desalle, Tixier struggles with his mentality, and it often holds him back, so overcoming that hurdle is key. He has to continue registering performances like this, as he needs to remind the Red Bull KTM team why they gave him a shot in the first place.

Tyla Rattray: Some riders just can’t catch a break, and it seems Tyla Rattray is one of them. Just as he was picking up some speed, and inching closer to the podium, the South African crashed in warm-up and suffered a concussion, which obviously stopped him from contesting the two points paying motos. It seems that he will be back at the next round, so fortunately it is not too serious, but he is going to have to play catch up again, which means we may not see Tyla on the podium for a little while, which is undoubtedly where he expects to be.

Jeremy Delince: Jeremy Delince was very impressive at Matterley Basin, but he showed no similar flashes of brilliance at St Jean d’Angely. Of course, we must take into account that the circuit was extremely tough to pass on, so the bad starts that he had proved to be detrimental. In race one, he dropped out after just two laps, so no points were scored in that one. However, he rebounded in moto two with a sixteenth, which was again strong, and opened some eyes. So, although he did not match his ride at the British GP, there were still positives that he could extract.

Jake Nicholls: If I were to sum up Jake Nicholls’ day with one word, I would use “unlucky”. Unfortunately, a handful of issues meant that he garnered just one measly point at the round. The Wilvo Forkrent KTM rider got caught up in a crash in the first turn of race one, so he then started in dead last on a track that was difficult to pass on, which made it tough on him, obviously. He then had to withdraw from the second race early on with a mechanical problem. But, the good news is that he is healthy, and better days are ahead!

Jose Butron: Well, this is a disaster, isn’t it? This must be frustrating for Jose and his team, as he knows exactly where the problem lies. In fact, we must applaud the Spaniard, as he openly stated on live television that the only thing holding him back is his mind. Yep, he is another one that is struggling with that. It isn’t surprising that this is the problem, as his good starts (something he was known for last year) have disappeared, also, and they often come down to confidence. So, how does he fix it? A lot of riders have asked that, and very few found an answer.